The Easiest Way to Unlock Your New 1.1.1 iPhone

Okay, the last time I posted about unlocking a brand new out of the box iPhone with firmware version 1.1.1 involved a long, complicated process. That was because when I bought my iPhone, the guide I previously posted about was the one of the first to hit the forums. Please remember this blog is to […]
Gary Ng
15 years ago

Buying An Unlocked iPhone From iPhoneNow.ca

How To Unlock Your Apple iPhone 1.1.2

How to Unlock Your Apple iPhone 1.1.2 Did you happen to buy a NEW Apple iPhone from the USA within the past month or so? Have you been bugging that friend or relative down in the States to pick you up a precious iPhone lately? Well, if that has been the case, you need to […]
Gary Ng
15 years ago

As a Canadian starting out on a quest to obtain the almighty “Jesus Phone”, there is some terminology you should try to understand before you jump into the scene. It may sound complicating reading about terms such as “jailbreaking”, “unlocking”, “firmware”, “baseband”, “iBrickr”, etc. I’m going to try and explain the terms and applications you […]
Gary Ng
15 years ago

Top iPhone Tips and Tricks You Didn’t Know About

So do you have your iPhone in Canada yet? Well, if you do here are a list of iPhone tips and tricks that you may or may not know about! These have been compiled off the web, courtesy of the MacRumors forum, and Macworld. Some of these I didn’t even know about! Let’s get on […]
Gary Ng
15 years ago

So right now my 8GB Apple iPhone was working perfectly with unlocked version 1.0.2. I had downgraded my iPhone from the factory 1.1.1 firmware, but now I wanted to update to the latest firmware. Why update to v1.1.1 and not stick with 1.0.2? Well, for starters, the v1.1.1 firmware update included some new features: New […]
Gary Ng
15 years ago 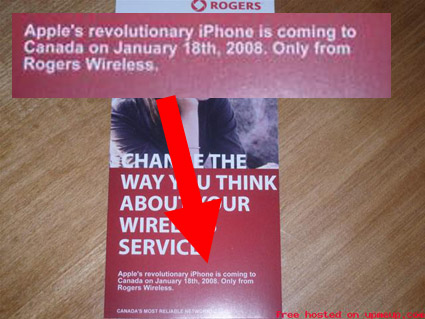 How To Unlock Your 8GB Apple iPhone v1.1.1 When I first picked up my 8GB Apple iPhone, the v1.1.1 firmware had just been released by Apple. Turns out the iPhone I picked up from the Apple Store at Alderwood Mall was the newest 1.1.1 firmware–DOH! So that meant the online guides enabled me to “jailbreak” […]
Gary Ng
15 years ago