where it will host exhibitors from 30 industry sectors, featuring influential companies from the North American wireless industry, as right now 100 exhibitors will be present, for the expected 2000 attendees.

The show floor will feature the a M2M Pavillion, a Retail Solutions section, a Broadband/Infrastructure/Small Cell/DAS/Backhaul area, plus a large Accessory Pavillion, which will feature products and services from companies such as iQmetrix, Incipio, Microcel, CellSell, TELUS, and Alliance Corp. to name a few. 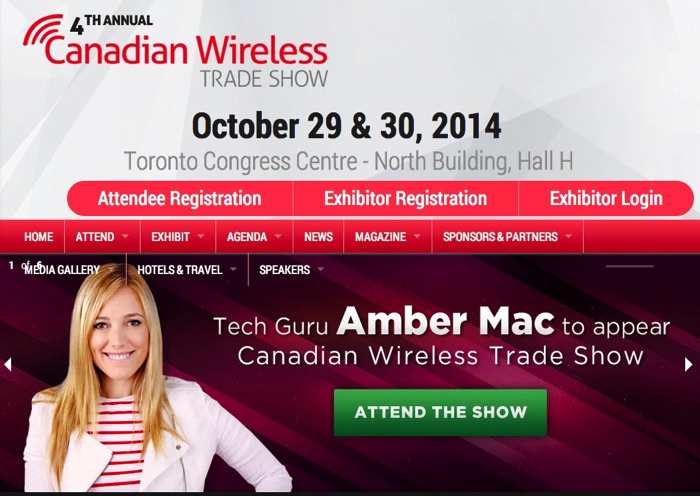 The CANWTS will also feature live seminars, including guest speakers from Microsoft, Samsung, Best Buy, Visa and more. On opening day, there will be a guest appearance from tech guru and TV personality/analyst Amber Mac.

Visitors coming from out of town can get discounted room rates at the Radisson Suite Hotel Toronto Airport, as attendees can get a special discounted room rate starting at $135, just minutes away from Pearson International Airport, adjacent to the Toronto Congress Centre, which will have free on-site parking.

Here are the details of the 2014 CANWTS:

Click here to register for your free tickets to 2014 CANWTS today, and visit here to learn more about the show.

iPhoneinCanada is a media partner of this year’s 2014 CANWTS.