Yesterday we told you about the anti-Verizon rally taking place today in Toronto, organized by the The Communications, Energy and Paperworkers (CEP) and the Canadian Auto Workers (CAW), soon to be known as Unifor, a case when two becomes one (Spice Girls line).

The protest is to make noise against a “takeover” from Verizon, which would apparently put Canadian jobs at stake. It also looks like a great way for Unifor to get some media attention via the controversial wireless debate, since it’s a brand new union, Canada’s largest.

@BeauWinnipeg how much are the BIG 3 paying you to be idiots??

Here are some of the first pictures of the protest and as you can see, Unifor members are out in strong numbers wearing red shirts:

So who hired their staff for this Verizon protest? #bell ? #rogers ? pic.twitter.com/Fhu4ofUs2e

Protest against Verizon's potential entry into the Canada in downtown Toronto pic.twitter.com/SeWXMrUKGk 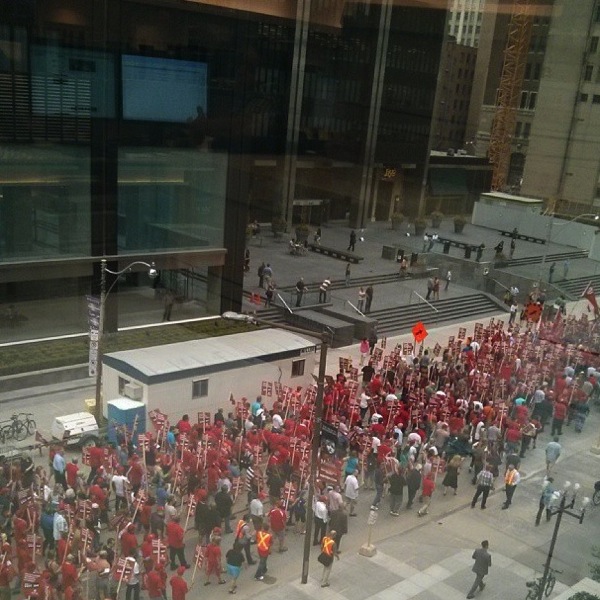 What do you think about the protest? Do you support it or not?