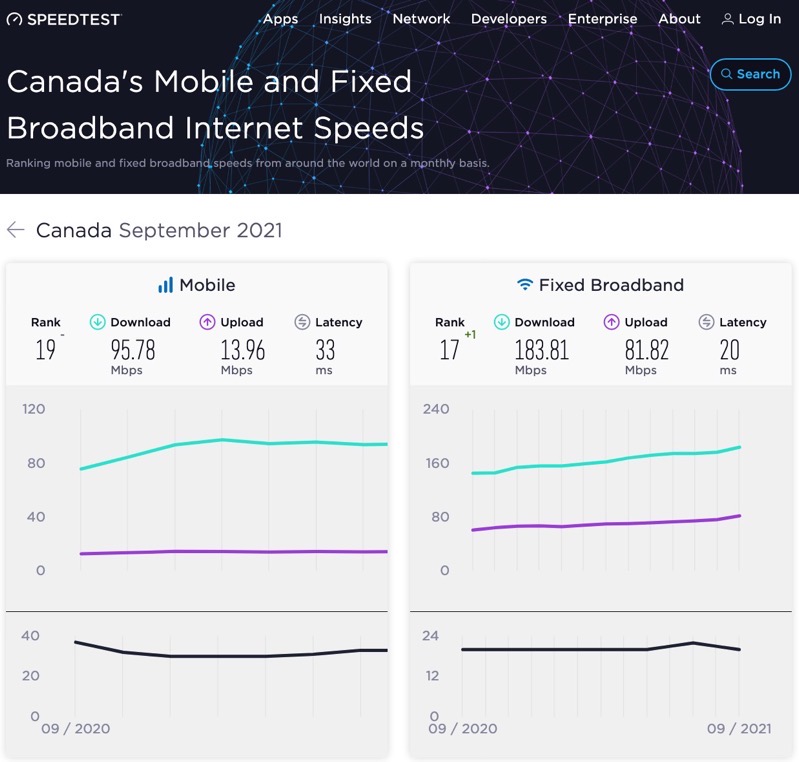 Ookla has released its Q3 2021 Canada Market Report today, detailing the status of mobile and fixed networks in the country, based on data from Speedtest.net.

Check out some of the Q3 broadband highlights below:

When it came to the fastest combined performance for mobile devices, Samsung smartphones saw the fastest media download speeds of 67 Mbps.

But for the fastest popular device in Canada in Q3 2021? Ookla awarded that to Apple’s iPhone 13 Pro Max, which saw median download speeds of 164.63 Mbps, followed in second by its counterpart the iPhone 13 Pro.

Jorge Fernandes, Chief Technology Officer at Rogers Communications, said in an issued statement, “our team is focused on building and investing in the best, most reliable network infrastructure in the country to bring world-class connectivity to Canadians, so today’s recognitions from Ookla brings us a lot of pride.”

Rogers and Shaw today announced an extension of their proposed $26 billion merger, along with the sale of Shaw-owned Freedom Mobile to Quebecor’s Vidéotron in a side deal that's part of the broader transaction, to February 17, 2023. "All parties remain committed to the pro-competitive transactions, which will deliver significant benefits to Canada and Canadian...
Nehal Malik
22 hours ago