If you’re the type that signs contracts, Bell and Telus have lowered the price of the iPhone 5s across the board. The entry level 16GB iPhone 5s now starts at $99.95 from Bell and $100 from Telus on two-year terms.

Bell is offering the 32GB and 64GB iPhone 5s for $199.95 and $309.95 respectively, which is the exact same pricing as Telus except the latter is charging 5 cents more. As we are relatively late into the iPhone product cycle, the larger discounts always appear for subsidized contracts. 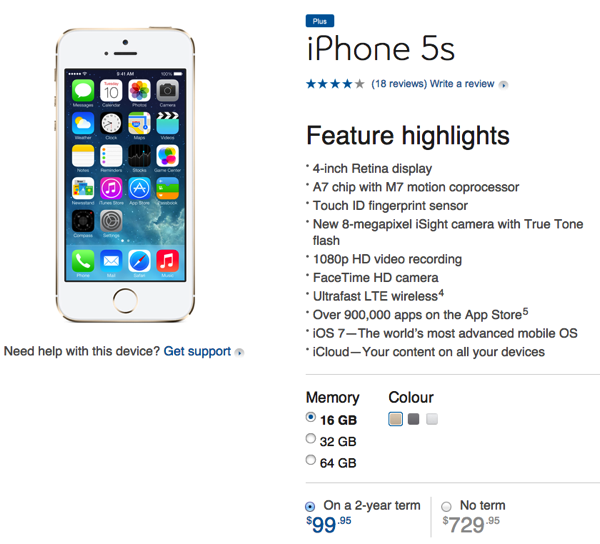 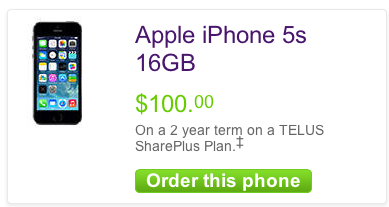 Both Bell and Telus also are offering both 16GB and 32GB iPhone 5c models for $0 on a two-year term. 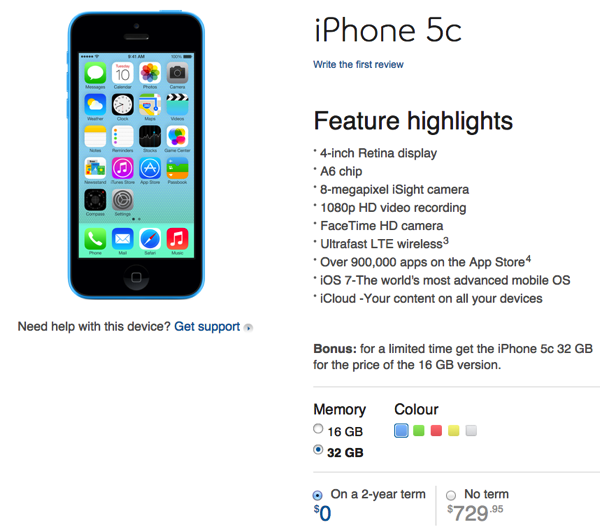 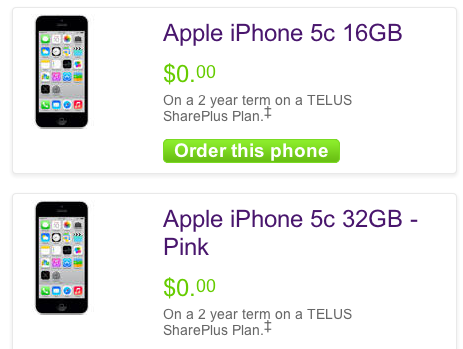 As of writing, Rogers has not matched any of these discounts (yet) and neither have the sub brands of these companies (Virgin, Koodo, Fido). Expect that to change in the near future.

Apple’s next iPhone 6 is rumoured to launch this fall, so these price drops are ways to get sign ups and get rid of excess inventory. Let us know if you’re going to jump on this.

Update: Rogers has now discounted the iPhone 5c to $0 too.