Bell has updated its website reveal its iPhone 5s and iPhone 5c contract pricing and outright contract-free pricing. Compared to Rogers’ no term pricing which was revealed earlier today, Bell’s prices are higher across the board (increases indicated below). 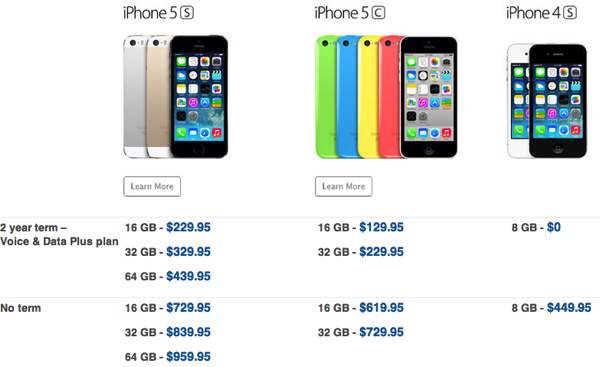 Earlier today, Bell confirmed with us via email it will not offer iPhone 5c pre-orders; customers can still get pre-orders at their local Bell dealer, such as Future Shop or Best Buy. Next up, we should hear from TELUS shortly and most likely see similar pricing.