Rogers iPhone 5s two year contract pricing has been revealed on its website under the ‘Compare Prices & Models’ section of their new iPhone landing page. Pricing is as follows:

There will be a $15 connection fee applied to all of these prices as well. 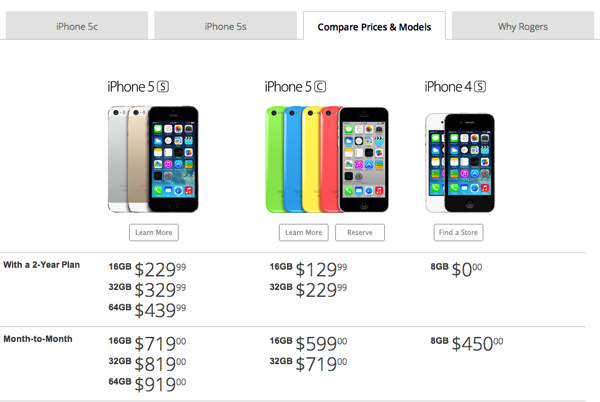 So again it looks like Canadians are paying $30 more on the same two year terms on the 16GB/32GB models and $40 more on the 64 model on contract. The price increase could be related to Apple’s subsidies to carriers or the latter deciding to have higher prices up front to make up for shorter two year terms (compared to three).