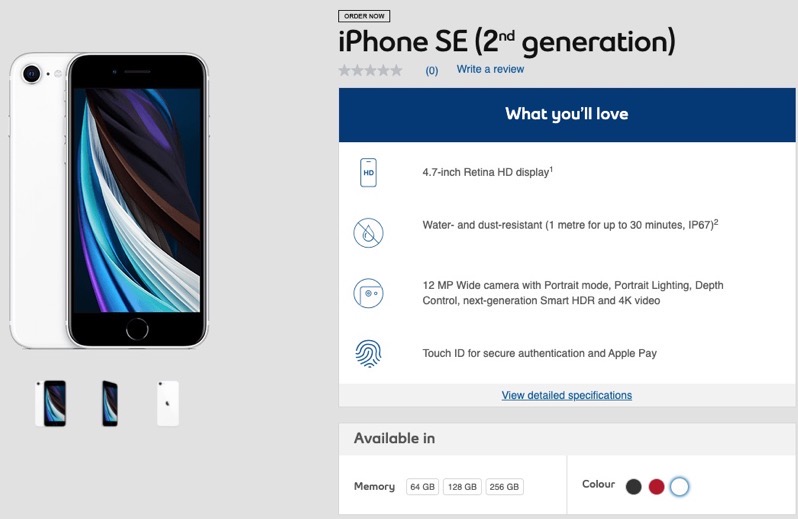 All three versions of the iPhone SE (2020) are eligible for Bell SmartPay and its 0% APR, available for $0 down and the following payments over 24 months:

It’s worth noting Bell has marked up the outright price of the iPhone SE by $16 and $21 compared to Apple Canada, on the 64GB and 128GB/256GB versions, respectively.

Bell will launch the iPhone SE (2020) on April 24, 2020, the same day as Apple Canada’s release of the newest iPhone. For those asking about Rogers, the latter’s website only lists iPhone SE availability as coming on April 24th.