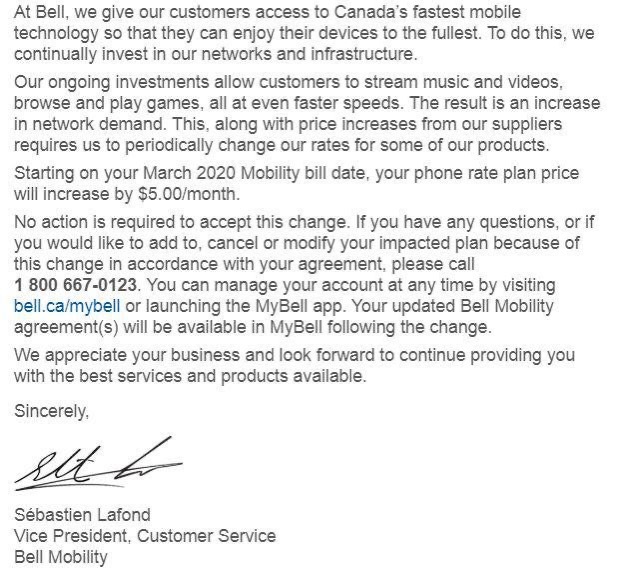 More price increases are coming for Bell customers, as the company has recently notified about $5 hikes coming in March of this year.

According to a notice sent out last week, Bell said: “starting on your March 2020 Mobility bill date, your phone rate plan price will increase by $5.00/month.”

Some Bell internet customers can also expect their prices to increase by $5 per month, according to recent notices sent out, indicating “the monthly rate of your internet service(s) will increase by $5 each, as of March 1, 2020.”

Did you receive any notices about prices increases from Bell recently for wireless or internet?

Update: we’re hearing the price increase to the $65 plan is also for Virgin Mobile customers as well.