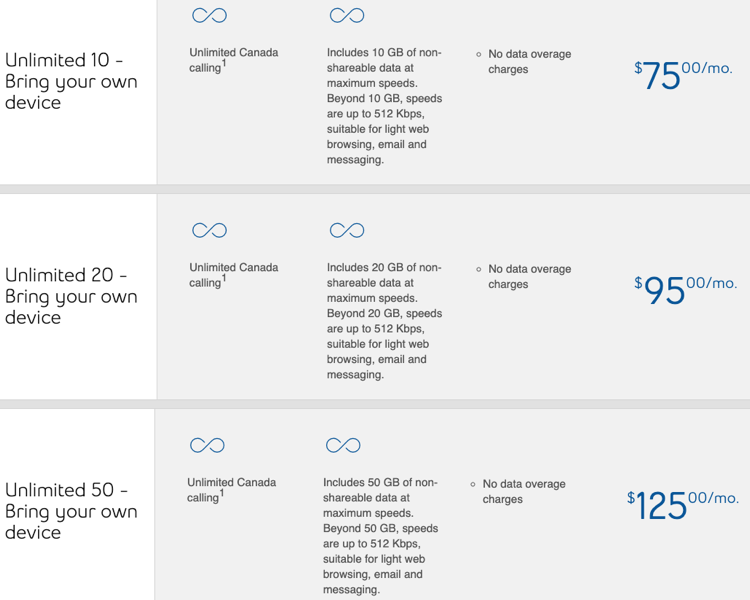 Last month, Bell increased the price of their ‘unlimited’ data plans by $10 per month, while also removed a 50GB data option. These price increases and plan changes were not matched by competitors Rogers and Telus.

Now, Bell has reversed its price increases and no overage plans now start at $75/10GB. Here’s what Bell’s ‘unlimited’ plan offerings look like again for bring your own device (BYOD):

You’ll also notice the $125/50GB plan is available again. These price increases did not last long.

People looking to get these ‘unlimited’ plans with a smartphone on contract are $20 more per month.

Those looking to get these plans with a Premium Smartphone will pay more per month:

When a customer exceeds their initial data plan, speeds are throttled to 512 Kbps.

If you recently signed up with Bell on one of these ‘unlimited’ plans on BYOD, you should call in and change your plan to save some money.