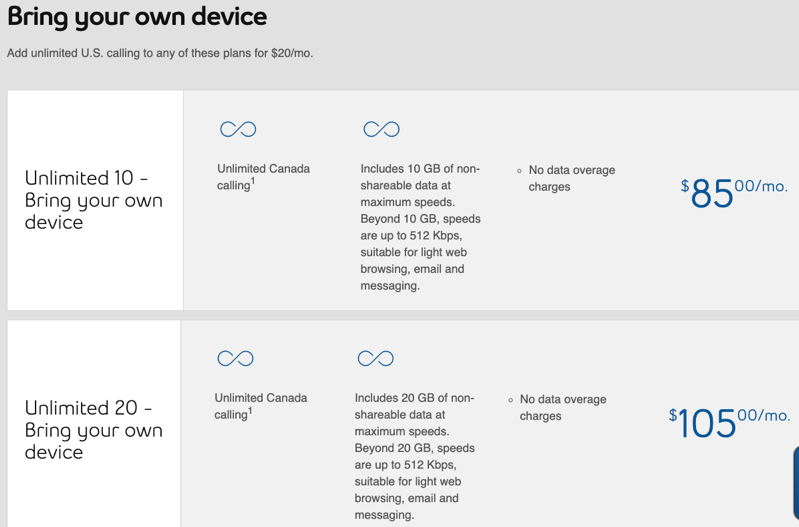 After following its rivals Rogers and Telus in debuting ‘unlimited’ data plans with no overages starting at $75/10GB, Bell has now increased the price of all plans by $10 across the board.

Bell’s ‘unlimited’ data plans, which come with throttled speeds at 512 Kbps after data caps are exceeded (these speeds were originally at 256 Kbps but soon doubled to match Telus), now start at the following prices for BYOD (bring your own device):

You’ll also notice Bell has removed their 50GB ‘unlimited’ data option, as it’s no longer listed on their website. These changes were first seen when we shared some Bell EPP promo pricing.

As of writing, both Rogers and Telus still offer their ‘no overage’ plans starting at $75/10GB, including a 50GB plan still available for $125 per month.

It’ll be interesting if Rogers and Telus make changes to ‘match’ Bell, or if the latter will bring prices back down to coincide with its rivals.