Bell has launched its two-year term pricing on its website, which is in line with details previously leaked. 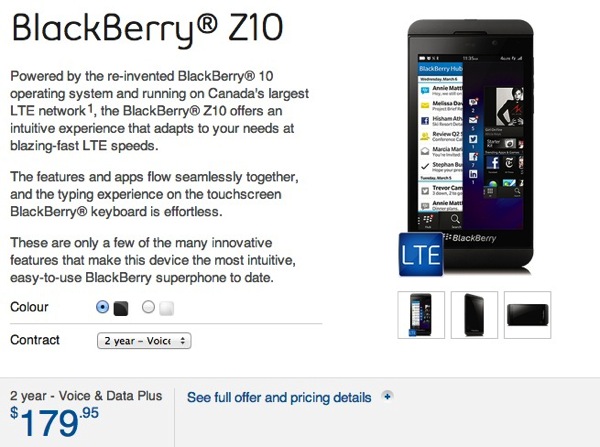 “Most have chosen three-year contracts because of the big price reductions they mean on the latest smartphones,” he said. “Restricting to two years means less flexibility for consumers, so it remains to be seen how they’ll respond.”

Virgin Mobile (owned by Bell) is set to move all of its plans to two year terms and increase prices by $5 per month, starting August 1, 2013.

TELUS previously announced its new two year term pricing will begin on July 30, 2013, while a Rogers memo from yesterday stated its own two year term plans will launch shortly.

The CRTC is set to implement its new Wireless Code on December 2, 2013, so carriers are quickly changing over their plans to meet the requirements of two year contracts.