Earlier this year, Bell Media signed exclusive rights to bring US-based iHeartRadio to Canada. Today, iHeartRadio is now available in Canada, ahead of its official launch next week, free on the web and for iOS and Android. 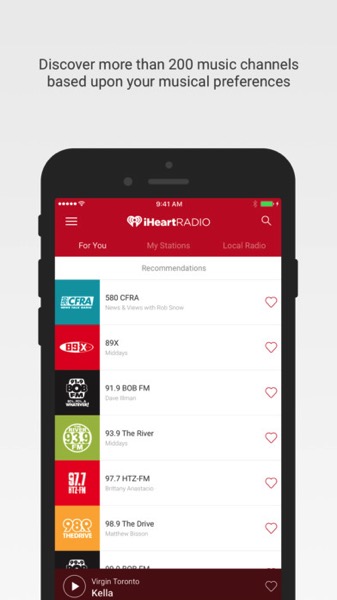 Randy Lennox, President, Broadcasting and Content, Bell Media, said in a statement “iHeartRadio is an enormously successful brand that will represent Bell Media’s radio strategy in Canada, in many incarnations, including must-see live concerts, events, and more.”

The iHeartRadio app was built by Mirego and the service supports Apple’s CarPlay and Android Auto.

Yet another radio streaming service, this time from Bell. Last week, Rogers announced they had teamed up with Radioplayer, to launch their own digital radio app. In order to sell ad revenue, you need to make it easy for listeners to find your radio stations, no matter where they are.

Click here to download iHeartRadio for iOS in the App Store. Let us know if you’re going to use it.