Back in March Virgin introduced a promo on its Gold Plans to double the data and minutes, a move to follow what Koodo and Fido were offering. That promo ended a while back but as of yesterday, it has temporarily returned.

As you can see, the $39 plan gets 450 minutes and 600MB of data; the $50 plan gets 600 minutes and 1GB data; the $60 plan gets 2GB of data. Only Fido still offers similar plans. Koodo no longer offers any promos on its data and minutes on equivalent plans. 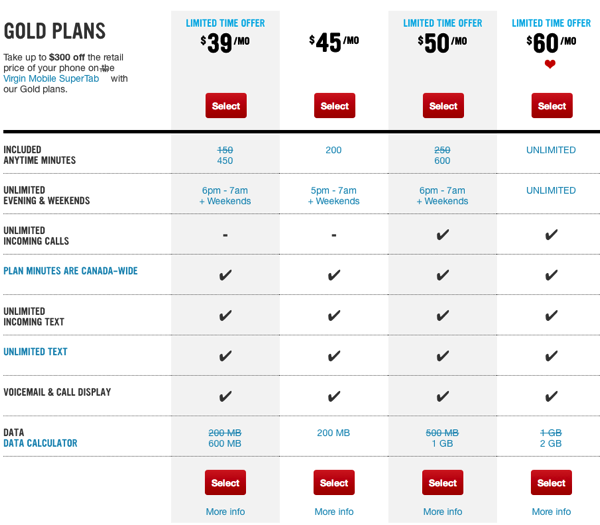 The move comes as Virgin is set to introduce its 2-year term pricing on August 1st. So if you recently signed up to one of these plans, call in and get access to the promo of extra data and minutes.