Virgin Mobile Doubles the Minutes and Data for Its Gold Plans 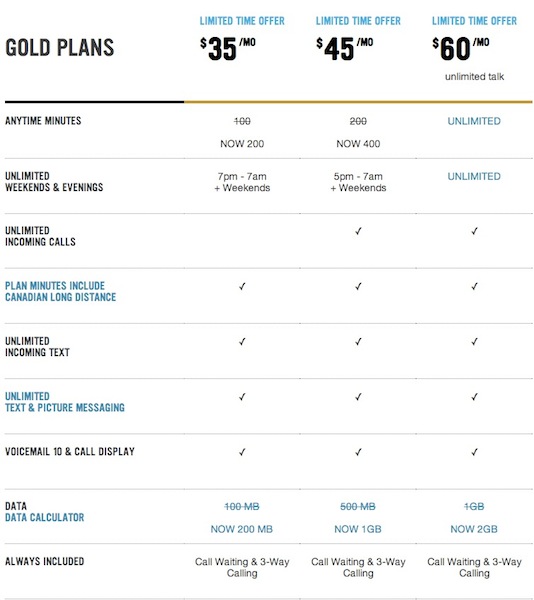 Do note data overages are $10/200MB for the $35 plan and $10/1GB for the $45 and $60 plans. All you need to do is call in and tell Virgin you want your plan adjusted to reflect these promos for voice and data. Let us know if you’re successful.