Wonder Woman 1984 to Stream on Crave After Theatrical Window [Update] 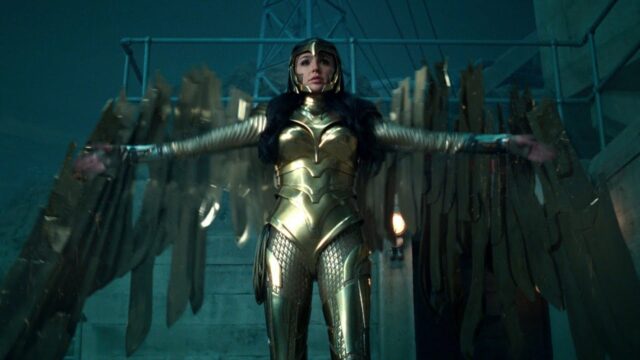 It’s been announced that Wonder Woman 1984 will release on HBO Max on the same day it hits theatres on December 25th. For Canadians, it may be unlikely that Crave will offer the blockbuster film in December.

Director Patty Jenkins and Warner Bros. confirmed that Wonder Woman will release in theatres and via HBO Max on December 25th. In a personal note posted on Twitter, Jenkins said “the time has come” before detailing the release plans. She encouraged eager audience members to watch the film in theatres “where it is made safe to do so”. Alternatively, the film will be available “in the safety of your home on HBO Max”.

In a press release, Warner Bros. revealed that Wonder Woman 1984 will be made available to subscribers for no additional costs. Unlike Disney’s Mulan, subscribers will not have to pay a premium on top of the initial subscription price. According to The Verge, the film will be made available for one month before playing exclusively in theatres. Wonder Woman 1984 will hit international theatres on December 16th.

News of this left Canadians wondering whether the film will be made available on Crave. While Crave does not have exclusive access to all HBO Max titles, many HBO Max Originals have landed on the streaming service. When reaching out to Crave via Twitter, the Crave Help support team said they “have not received any updates yet regarding “Wonder Woman 1984”.

@SVegvari Hi Steve! We have not receive any updates yet regarding "Wonder Woman 1984". No worries, we will pass this along to our Programming Team. ^MG

Update Nov. 19, 10:29am PST: A Bell Media spokesperson has clarifed to iPhone in Canada, noting in a statement, “WONDER WOMAN 1984 is scheduled to be released theatrically in Canada on Dec. 25, and will stream on Crave following its standard theatrical windows. The film will only be available on HBO Max in the United States.”

Rogers, Telus and Bell announced this week they will be waiving all long distance calls and texts made from Canada to Iran. The temporary waiving of charges depends on carrier, postpaid and prepaid accounts, with different end dates. “To help Canadians stay connected to loved ones, Rogers is temporarily waiving long-distance calls and SMS messages […]
Gary Ng
5 hours ago