The survey asks respondents’ a variety of questions, seeking to know which companies are their cellphone, TV or home Internet providers, and whether they have experienced any sort of misleading or aggressive sales tactics. 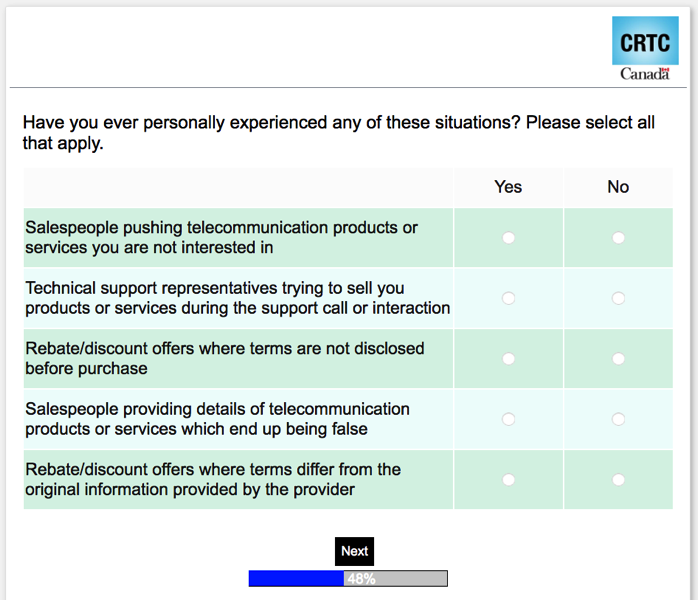 Those looking to fill out the online survey have until September 7, 2018, midnight PDT to provide their input.

Also, Canadians can submit an intervention until August 30, 2018. A public hearing is set to look into telecom sales practices, starting on October 22, 2018.

A final report will be provided to the government on “whether misleading or aggressive retail sales practices are used by large telecommunications service providers, their impact on consumers, as well as potential solutions to strengthen the existing consumer protections,” set to be delivered no later than February 28, 2019.

Recently, CBC News interviewed former Rogers and Bell employees who provided their submissions to the CRTC, which detailed high-pressure sales tactics used against consumers, including alleged lying to seniors to drive up sales.

Here are the latest Canadian cellphone plan and device deals, plus other promos from wireless carriers such as Rogers, Telus and Bell, from our partner PlanHub. As always, the promos may change at the last minute, but here they are as of Wednesday, February 1, 2023. Check them out below… Bell Noticeable price changes: Samsung Galaxy S23 […]
IIC Deals
14 hours ago