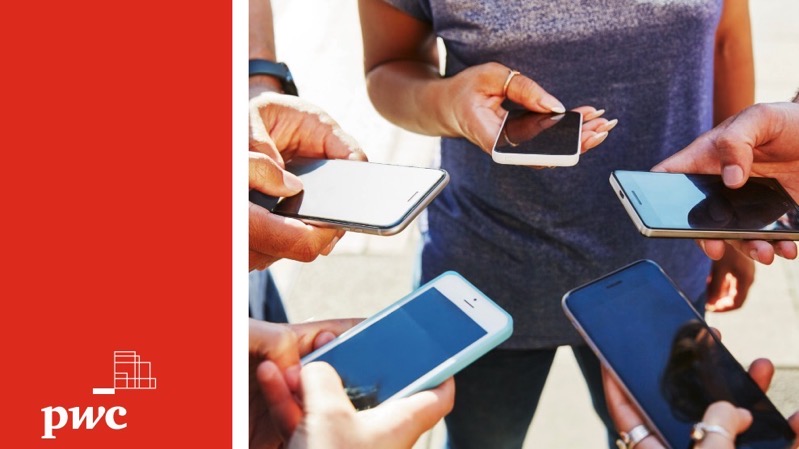 According to a new report by PwC, commissioned by the Canadian Wireless Telecommunications Association, the lobby group representing telcos in Canada, Canadians have extra ‘consumer surplus’ each month from value created by wireless services, to the tune of over $11,000 per year.

The report titled, “Understanding the increasing value of wireless services for Canadians A report for the Canadian Wireless Telecommunications Association (CWTA)”, dated September 2021, aims to argue the benefits of wireless services and infrastructure in the country, plus how much value wireless networks and apps add to consumers. 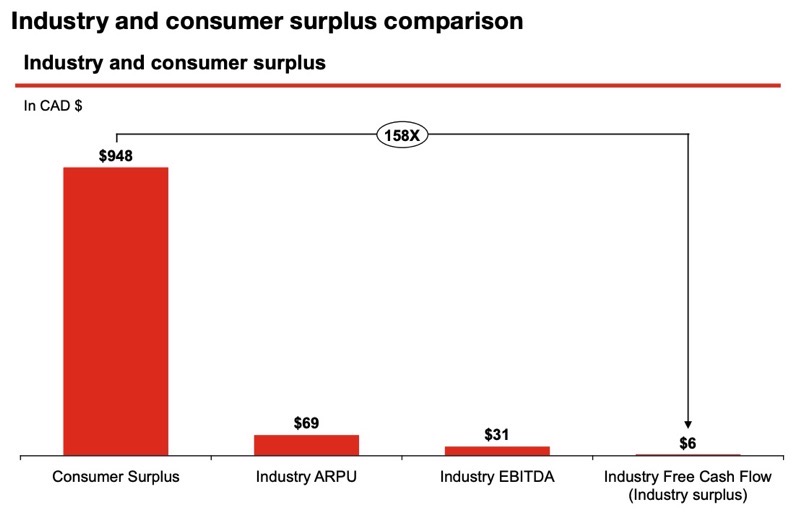 The study noted from 2015 to 2019, Canadians nearly tripled their average data usage, “growing at 27% compound annual growth rate (CAGR),” and set to accelerate due to ‘unlimited’ plans offered in 2019.

Also noted in the study (via @peternowak) was the decreasing cost of 1GB of data in Canada, down from $28 to $10, from 2015 to 2019. The federal government has long told telcos to lower prices of smaller data plans or face possible regulation.

“Notably, consumers can now purchase plans with unlimited data for less than $3 per GB of high speed data.” While that is true, those not on unlimited plans can pay up to $137 per GB in data overages (Bell and Virgin).

The results concluded, “consumers benefit from an average consumer surplus of $948 per month, or $11,376 per year.” Consumer surplus increases for those that use more data, as they are essentially more addicted to their phones. So all this time, you’ve had extra money in terms of value from wireless services.

The survey showed, “59% of respondents said they would accept no less than $150 per month to give up their smartphone, a total of $1800 per year. This represents almost 4% of the average individual income in Canada, or almost a full month of work for a minimum wage worker.”

“This is a significant amount of value that a segment of Canadians attribute to their smartphone, especially given the average individual income in Canada was $49,000 in 2019,” explains PwC.

PwC, an associate and affiliate of the CWTA, concludes in the report Canadians benefit from “some of the best quality wireless networks globally,” adding ongoing deployments of 5G will “only grow consumer surplus through enabling the digital economy.”

A recent report by Finland-based Rewheel concluded Canada still has some of the highest wireless prices in the world, as of the second half of 2021, citing an example of 100GB of data in Canada costing 13x more than France.

Update: Clarified the amount available per month is value created from wireless services in the form of a “consumer surplus” but not actual money to spend.

Also updated the second to last paragraph to note the PwC is an associate and affiliate of the CWTA, but not a member (according to the organization in an email).