The latest annual report published by the watchdog shows that, for the first time in Canada’s Commissioner for Complaints for Telecommunications Services’ history, the number of wireless complaints has dropped. During the past 12 months, the CCTS accepted a total of 9,988 complaints, marking a 12% drop from last year’s report when the watchdog accepted 11,340 complaints.

The main issue seems to be misleading information about wireless and internet contracts, along with incorrect charges, as such complaints account for 12.8% and 12% of all issues respectively.

As mentioned in the report, one of the issues wireless customers complained was about related to a plan from a carrier which included unlimited talk, text and data in Canada and unlimited roaming from anywhere in the US for a flat rate. The customers found themselves without services as their carrier — Wind — suspended service due to “excessive usage”.

As mentioned above, complaints about wireless service have dropped 8% to 52% of all issues, but there was another major change: the number of violations of the new Wireless Code have surged from 30 (in 2014) to over 500 this year.

Of those Wind takes the crown, recording 422 confirmed wireless code breaches with the main reason being the aforementioned suspended service.

When looking at the broader picture, we still see Bell and Rogers leading the list of “most complained-about carrier”. Bell’s performance actually matches that of last year’s with roughly the same number of complaints (3,599). Rogers, while maintaining its position in the top three list, has recorded its biggest progress so far: this year the number of complaints targeting the carrier dropped by 23.7% to 1,814.

Wind takes the third spot with 702 complaints, up 37.6% compared to last year.

Here is how Rogers commented about this year’s report:

“Our focus is on saving people time by making it simple and easy to do business with us,” says Deepak Khandelwal, Chief Customer Officer at Rogers. “This work won’t be done overnight, but we are committed to radically improving customer service and today’s results show we’re on the right track.”

Despite being one of Canada’s largest communications providers, TELUS received only 466 complaints (down from 653 in the 2014 report). TELUS now accounts for just 4.7 per cent of the 9,988 complaints received by the CCTS over the last year, while Canada’s other two major national carriers together account for more than 50 per cent.

“We’re an organization that’s obsessed with customer service and I’m incredibly grateful to the entire TELUS team for their unwavering commitment to our customers and the sustained improvements they are driving year-over-year,” said David Fuller, president of TELUS Consumer and Small Business Solutions. “However, we’re not content with simply outperforming our competition; our ultimate goal is to bring our complaints down to zero. These results show us that we have 466 opportunities to prove to our customers that they can expect more from us, and we’ll be looking at this report, along with the feedback we receive from our customers every day, for opportunities to continuously get better.”

You can download the full report by following this link. 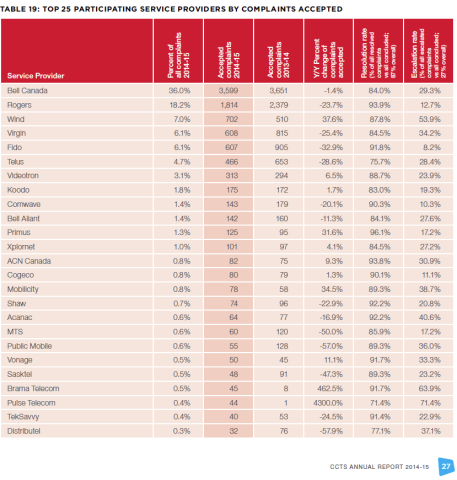 Rogers today announced its unaudited financial and operating results for the fourth quarter and full year ended December 31, 2022. Overall, Rogers reported a total of $4.16 billion in revenue for Q4 2022, up 6% year-over-year from Q4 2021. Quarterly service revenue was also up 6%, to $3.43 billion. For the entirety of 2022, Rogers posted...
Nehal Malik
1 hour ago

Here are the latest Canadian cellphone plan and device deals, plus other promos from wireless carriers such as Rogers, Telus and Bell, from our partner PlanHub. As always, the promos may change at the last minute, but here they are as of Wednesday, February 1, 2023. Check them out below… Bell Noticeable price changes: Samsung Galaxy S23 […]
IIC Deals
21 hours ago