Back in April, Chatr launched a $40 per month unlimited talk, text and data plan (3G network, not LTE), limited to Edmonton, Calgary and Greater Toronto, which offered the first 1GB of data at 3G speeds.

That plan has now expanded to Vancouver, Southwestern Ontario and Ottawa, the company explained to iPhone in Canada in an emailed statement. 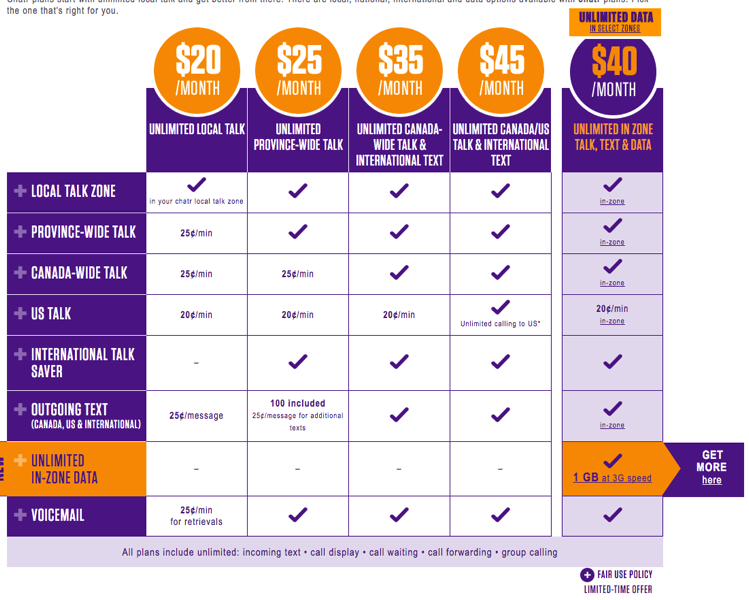 For customers seeking additional data at 3G speeds, it’s available at $5 more per month for 2GB or $10 more for 4GB of data, making for total monthly costs of either $45 or $50 per month. Otherwise, once you hit your 3G cap, speeds are reduced from up to 3 Mbps, down to a paltry up to 64 kilobits per second.