The Canadian Radio-television Telecommunications Commission (CRTC) announced the criteria today of its Broadband Fund, detailing how it will spend $750 million set aside to further advance broadband services in rural areas of Canada. 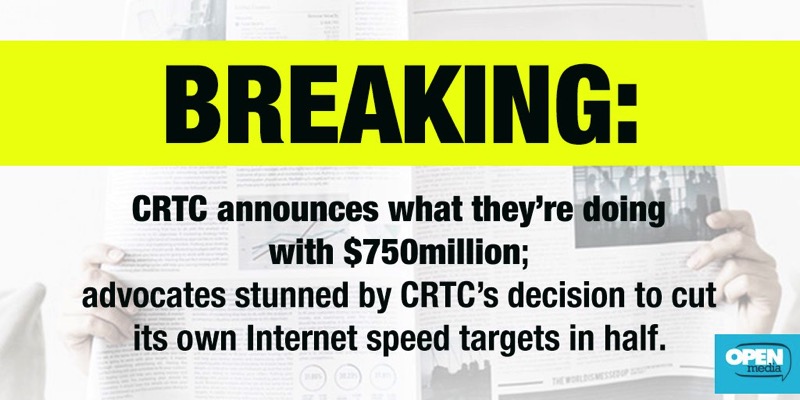 Tribe explained in a statement, “Today’s decision is a stunning step backwards, and demonstrates a serious lack of ambition from CRTC Chair Ian Scott. Internet users and business owners are going to be furious when they realize the CRTC lowered their own speed targets for funding in half.”

The CRTC stepped in with the Broadband Fund to help drive the push for wider availability of high-speed Internet, but OpenMedia says the government didn’t do enough in its decision.

“This Commission wasn’t even ambitious enough to meet its own definition of a basic service. If Navdeep Bains and Justin Trudeau are serious about building an innovative and connected Canada, they need to send this decision back for reconsideration immediately,” added Tribe.

In its decision, Ian Scott,Chairperson and Chief Executive Officer of the CRTC, said in a statement, “Canadians living in rural and other underserved areas need high-quality broadband Internet and mobile wireless service to fully participate in the digital economy and to access health care, education, government and public safety services. Today’s decision marks a key milestone in setting up the Broadband Fund, which will facilitate access to these services to thousands of Canadians across the country. “