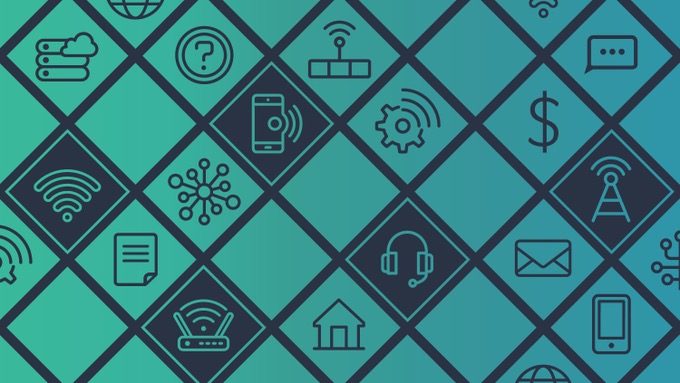 The Canadian Radio-television and Telecommunications Commission (CRTC) on Wednesday announced it has finalized the rules and regulations for regional mobile virtual network operators (MVNOs) in Canada, to be operated on Rogers, Telus, Bell and SaskTel.

The Commission touted it has “completed a key step to create more competition and choice in the mobile wireless market for Canadians.”

An MVNO essentially buys wholesale access from incumbents and resells it to customers. The CRTC previously said MVNOs would only be available to carriers that have purchased spectrum in regional areas. The dream of cheap U.S.-style MVNOs won’t be happening here, it seems.

The CRTC says its final rules will ensure MVNO will see seamless connectivity when moving between coverage zones, plus access to current and future networks including 5G. Incumbents must now start accepting requests for access to their networks and enter talks with regional wireless companies on wholesale rates.

The summary of the decisions includes some of the following that goes against the ‘Big 3’:

“We are one step closer to implementing our policy that will enable regional providers to offer wireless services in areas where competition is limited. This will help provide more affordable options to millions of Canadians while increasing competition. We expect the large providers to negotiate in good faith and come to an agreement as quickly as possible with regional wireless providers,” said Ian Scott, Chairperson and Chief Executive Officer, CRTC, in a statement.

The CRTC decision also adds, “to be eligible for the MVNO access service, a regional wireless carrier must be registered with the Commission as a wireless carrier, have a home public mobile network somewhere in Canada (including a radio access network [RAN] and core network), and be actively offering mobile wireless services commercially to retail customers.”

So for a company like Cogeco, for example, they would need to launch their own wireless service offering first, before being eligible for MVNO access on Big 3 networks.

Algis Akstinas, founder and CEO at Data On Tap Inc., which aims to launch its MVNO dotmobile, slammed the CRTC for its announcement today, in a series of tweets.

“The #CRTC just released fake (facilities based) or #fMVNO detailed rules based on the old @ISED_CA 2019 policy and two year wireless industry review proceeding that culminated in 2021,” said Akstinas.

“According to @CRTCeng The primary reason the Commission did not mandate a broad-based MVNO access [actual virtual operators] service was because it considered that doing so would harm regional wireless carriers that would be competing for the same customers as other fMVNOs,” he continued.

“In other words it didn’t want #competition to #BIG3 and wanted to save the face of our government organizations making meaningless decisions based even by their standard outdated policies. Defending the regional providers that already do not provide enough #competition,” wrote Akstinas.

“To summarize: It was called a nothing-burger in 2021. It didn’t factor in #Shawgers and proposed offload of #wireless business to a third family #Videotron. Now we are getting more details on how it will not work with a quote of now exChair of #CRTC. Surrealism at its finest,” concluded Akstinas.

To summarize: It was called a nothing-burger in 2021. It didn't factor in #Shawgers and proposed offload of #wireless business to a third family #Videotron. Now we are getting more details on how it will not work with a quote of now exChair of #CRTC. Surrealism at its finest. pic.twitter.com/FiUtKRFACD

The CRTC says it will mandate service for seven years, allowing regional providers to build and expand networks.

An expert witness hired by Rogers in its ongoing Competition Tribunal hearings against the Competition Bureau testified on Friday that the proposed sale of Shaw-owned Freedom Mobile to Quebecor's Vidéotron will create a "near-national" fourth wireless operator capable of competing with the Big Three (via the Financial Post). Rogers and Shaw have offered to sell...
Nehal Malik
5 hours ago

The Black Friday plans are rolling out fast and furious for 2022 from flanker brands, Fido, Koodo and Virgin Plus in Ontario. Right now, a popular discounted $30/20GB Black Friday plan for bring your own devices is being offered by all three flanker brands. Originally the plan was available from Koodo with only 15 months […]
Gary Ng
1 day ago