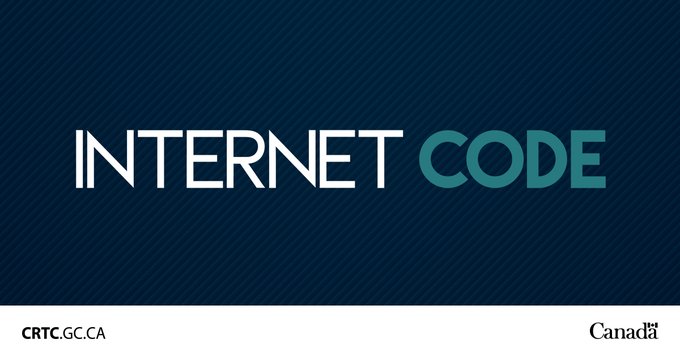 The Canadian Radio-television and Telecommunications Commission (CRTC) has launched its Internet Code, which it says will help Canadians when it comes to dealing with their Internet service provider (ISP).

The Internet Code means ISPs will need to have clearer and easier to understand contracts, policies and documentations, for example, along with clear pricing for bundles, promos and other discounts. The Code will also bring bill shock protections when it comes to exceeding data limits, while customers will be able to cancel a contract within 45 days without paying fees, if there’s a disparity.

“In today’s marketplace, Canadian consumers deserve to be provided with clear information and easy-to-understand terms and conditions. The Internet Code will allow Canadians to make better decisions when subscribing to or modifying their existing Internet service, and will make it easier for them to take advantage of competitive offers. The Internet Code will also provide Canadian consumers with additional safeguards against unexpectedly high bills and help them resolve disputes with their Internet service provider,” said Ian Scott, Chairperson and CEO, CRTC.

The Commission for Complaints for Telecom-television Services (CCTS) will administer the Internet Code and the CRTC says it “expects all other ISPs to behave in a manner consistent with the principles set out in the Internet Code.”

The CRTC announced last July the Internet Code would kick in on January 31, 2020.