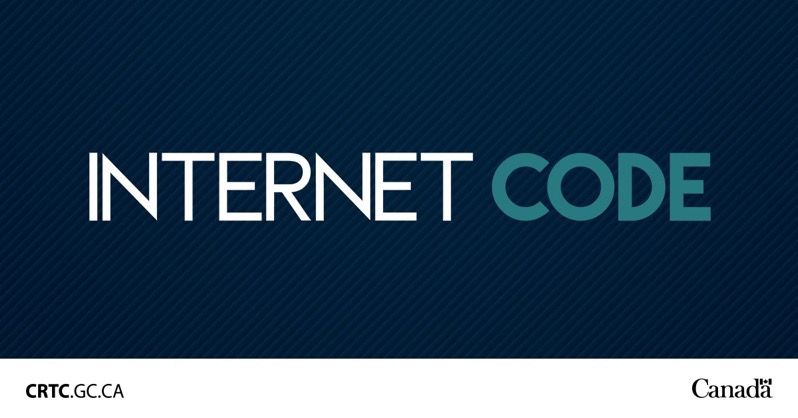 The Canadian Radio-television and Telecommunications Commission (CRTC) announced this morning its new Internet Code will kick in on January 31, 2020.

According to the CRTC, this Internet Code will apply to internet service providers (ISPs) and “provide Canadians with additional safeguards against unexpectedly high bills and help them resolve disputes”.

The new Internet Code aims to bring clear language when it comes to contracts, prices, offer bill shock protection when it comes to data limits, plus new rules allowing customers to cancel a contract within 45 days with no penalties, if a contract differs from what was advertised.

Canadians will get notifications when they have reached “75%, 90% and 100% of their data-usage limit within a single monthly billing cycle,” explains the CRTC.

The Internet Code will be run by the Commission for Complaints for Telecom-television Services (CCTS) and the “CRTC expects all other ISPs to behave in a manner consistent with the principles set out in the Code.” The CCTS has the power to make an ISP provide up to $5,000 in compensation per complaint.

“During our consultations, many Canadians told us about the challenges they face with their Internet service providers, including unclear agreements, unanticipated price increases and inconsistencies between offers and their bills. With the new Internet Code, we are closing the gap and providing Canadians with protections for the Internet, wireless and TV services in their bundle. The new Code will empower customers and make it easier for them to take advantage of competitive offers,” said Ian Scott, Chairperson and Chief Executive Officer, CRTC.
pagead/js/adsbygoogle.js”>


On January 30, 2020, the Internet Code will apply to the following ISPs in Canada:

Canadian Internet Registration Authority (CIRA) manages .CA top level domains in Canada. President and CEO Byron Holland reacted to the announcement by saying, “Internet customers deserve to know what they’re getting for their money, so we hope this new code of conduct will make their contracts easier to understand. While it should help address the rising number of consumer complaints in the short term, we believe that the best long-term solution is greater competition and consumer choice in Canada’s telecommunications sector.”

Are you looking forward to the CRTC Internet Code and do you think it’ll benefit Canadians like the CRTC Wireless Code?