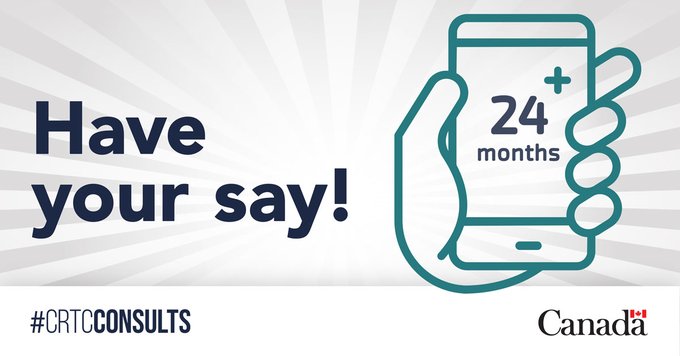 The Canadian Radio-television and Telecommunications Commission (CRTC) today announced the launch of a review of wireless device financing plans, in particular, those that exceed 24-month terms.

The announcement follows up on the CRTC asking wireless carriers earlier this month to cease offering financing plans beyond 24 months, until a review of the practice was completed.

Rogers launched device financing with a 36-month term at 0% APR in July, while Telus did the same on select devices. Both carriers complied with CRTC’s request and stopped offering 36-month financing terms. Bell has said it would eventually offer 36-month device financing.

The Commission says it “wants to ensure that Canadians continue to benefit from protections under the Wireless Code as well as take advantage of competitive offers in the marketplace.”

Specifically, the CRTC says it is “concerned that when customers cancel their wireless service plan, the requirement to pay the remaining balance of their device financing plan could result in the imposition of a penalty or fee.”

According to the CRTC, it is asking for public input by October 15, 2019, related to the following questions:

“The Wireless Code was introduced to address Canadians’ concerns with their wireless service providers. Although device financing plans may make cellphones more affordable, we want to ensure those benefits do not come at the expense of the protections offered to Canadians by the code. At the end of a two-year service contract, Canadians should have the ability to shop around and take advantage of competitive offers without barriers,” said Ian Scott, Chairperson and Chief Executive Officer, CRTC, in a statement.

What do you think? Are 36-month device financing terms a good or bad thing?