Eastlink has an even bigger incentive for customers of Rogers, TELUS and Bell to switch over to the Halifax-based wireless carrier: they’ll pay you up to $200 to do so.

A new offer says potential customers will receive up to $200 per cellphone if they port their number over to Eastlink and activate a new service on a nationwide plan with at least a minimum 500MB data plan. 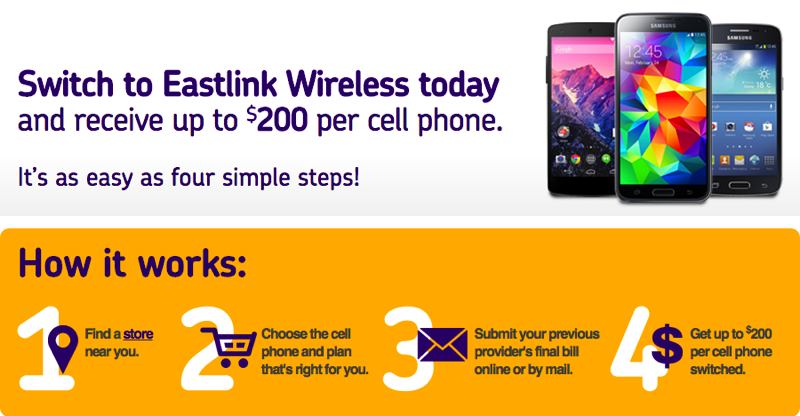 Customers need to submit their final bill to Eastlink, then wait 4-8 weeks for up to $200 in credit to be applied to your account, essentially helping pay down your cost of cancelling from another carrier.

“We listen to our customers and we know they hate the feeling of being stuck in a cell phone contract,” says Lee Bragg, Eastlink CEO. “Our goal is to make it as simple as possible for them to say goodbye to the other guys and choose us as their wireless provider.”

If you live within the coverage area and have about $200 remaining on your contract and are looking to switch over, this could be for you.