Eastlink Now Has the ‘Most Extensive Wireless Coverage’ in Atlantic Canada

Nova Scotia’s Eastlink Wireless has announced today they now have the ‘most extensive wireless coverage’ in Atlantic Canada. The carrier has employed a “unique network partner” to help supplement their own network to eliminate dead zones.

“We continue to work to bring our customers the best possible overall wireless experience, including easy-to-understand and flexible plans, great value for money, and excellent customer service – all from the local provider you know and trust,” said Eastlink Wireless President Matthew MacLellan. “And now they will also be able to connect to the best available network, whether they’re streaming video in Bridgewater or New Glasgow, confirming their next tee time from Ingonish Beach, or checking for urgent emails while camping in Kejimkujik National Park.”

Coverage maps shared by Eastlink document the improved coverage. Below is a map from July 25, 2014, which shows some gaps: 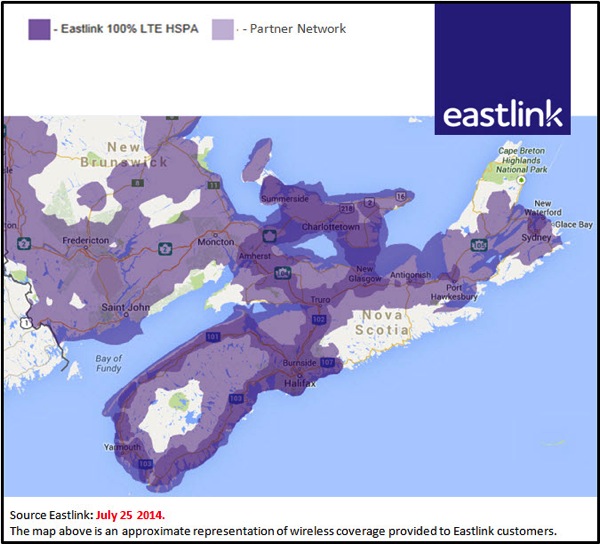 Here’s the most recent up to date map from July 30, 2014, which shows extended coverage thanks to their ‘unique partner network’: 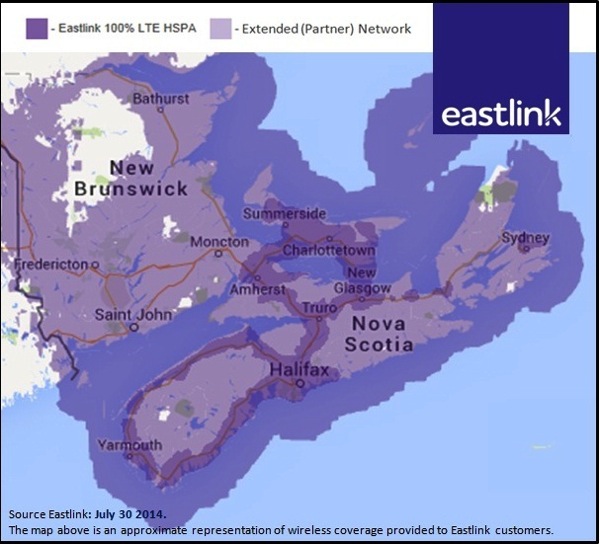 In an interview with the Chronicle Herald, Dan MacDonald, vice-president of marketing at Eastlink, stayed mum on revealing their network partner because “We have an additional roaming partner that I’m unable to name because of contractual restrictions.” The publication noted Eastlink had previously partnered with Rogers as a roaming partner to expand coverage.

MacDonald said the deal took months of technical trials and negotiations to make it come to fruition. Now that the extended coverage is available, customers should no longer question the carrier’s new vast coverage.

Eastlink is a subsidiary of Bragg Communications, which purchased $200 million worth of wireless spectrum in 2008. The carrier launched their 4G LTE network back in early 2013.

TekSavvy announced on Monday it has launched a new referral program in time for the holiday season, offering both parties $120 in bill credits each. The new “Give $120 and Get $120” program is “about pivoting from spending on unnecessary items to sharing savings between customers and their friends or family,” said a spokesperson in […]
Gary Ng
1 hour ago