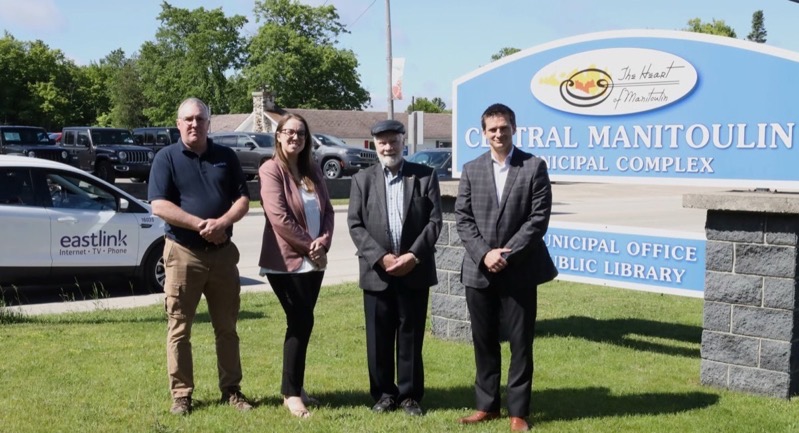 Eastlink announced on Thursday its fibre internet upgrade in Mindemoya, Ontario, is “making excellent progress.” The upgrade is being funded by the federal government’s Universal Broadband Fund program.

“Connecting small towns and communities is a fundamental part of who we are as a company,” said Eastlink CEO, Jeff Gillham, in a statement. “We are very pleased to be upgrading our network in Mindemoya with our most advanced fibre connectivity, especially as demand for high speed internet has never been greater, particularly over these last couple of years.”

Mindemoya is located on Manitoulin Island, southwest of Sudbury.

Eastlink says it has invested over $1 billion over the past decade in rural Canadian towns and communities, with over $180 million alone in Northern Ontario, going towards fibre and mobile networks.

“Reliable access to high speed internet is absolutely critical in today’s world for living, working and learning,” said Central Manitoulin Mayor Richard Stephens of Mindemoya, in a statement. “We are thrilled to see Eastlink’s continued commitment to our communities as we work to improve our connectivity which ultimately strengthens our local economy providing greater opportunities for our people.”

The telecom says progress has finished the initial design face, along with fibre networking hardware procured. Site prepping is underway for the installation of fibre, detailed Eastlink Regional Director of Marketing and Sales, Louigi Salvati.