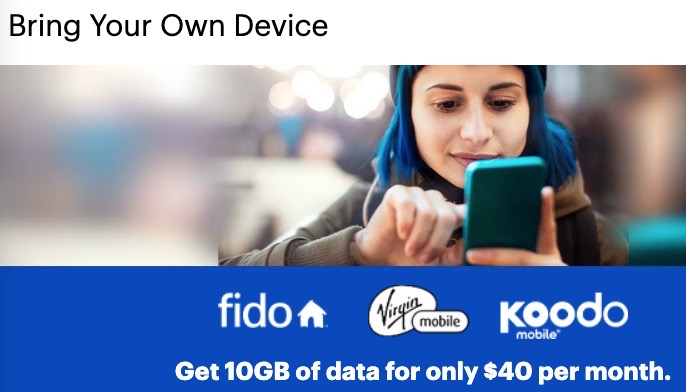 Flanker brands of Rogers, Telus and Bell are all offering a promotional $40/10GB plan right now for bring your own device customers.

According to Best Buy, Fido, Virgin Mobile and Koodo are all offering the $40/10GB plan at the electronic retailer’s stores. “Bring your own device to a Best Buy location and ask a friendly Blue Shirt Mobile Advisor about this offer,” reads the website.

The fine print says this promo plan is not available in Quebec and is based on the widely available $50/10GB plan, but with a $10/month discount for 24 months.

Websites of these flanker brands are not advertising this promotional plan, so you’ll need to head to a dealer store. The offer is also available at The Mobile Shop at Superstore, as well.

Again, if you buy your own smartphone outright and stay on a BYOD plan, you can easily switch carriers to get the best plan when it pops up.