Last month, it was revealed Quebec wireless company Videotron was set to launch a new flanker brand called Fizz Mobile. At the time, Fizz Mobile said it would offer wireless coverage for customers in Quebec and the Ottawa region and wanted to find beta testers for their BYOD (bring your own device) plans. 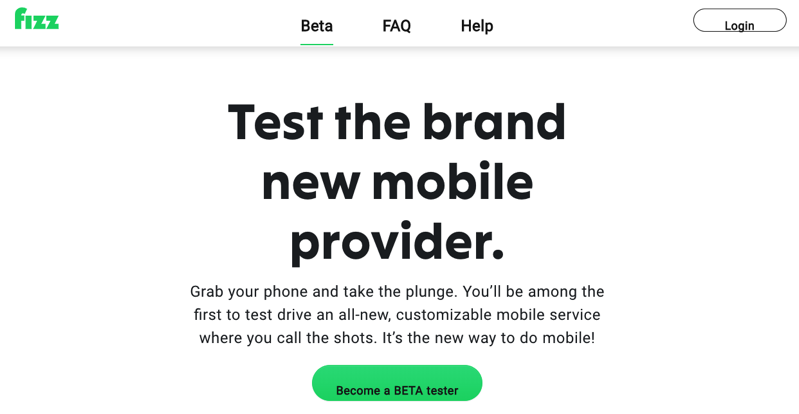 Now that the first beta testers have started to use Fizz Mobile, plans and pricing options have been revealed, as shared by an Ottawa user on Reddit.

Check them out below, for monthly plans with unlimited Canada-wide calling, unlimited texting, voicemail, call display and the other usual extras:

Also, what’s interesting is Fizz Mobile will reportedly see your unused data carry over into your next 2-3 billing cycles. Fizz Mobile customers will also be able to gift data to other subscribers as well.

Currently, there are double the data promos from Fido, Virgin Mobile and Koodo in Quebec, offering plans with up to 10GB data for $56 (instead of 5GB). So once these promos end, Fizz Mobile pricing may slightly undercut Big 3 flanker brands for customers in Quebec and the Ottawa area.

The Canadian government on Wednesday announced the results of a residual spectrum auction that concluded on January 17. Residual spectrum auctions are a way for Innovation, Science and Economic Development Canada to sell licences that weren't sold in previous auctions or were returned. Ottawa held an auction for the 3,800 MHz bands in June 2022,...
Nehal Malik
15 hours ago

MPs on the House of Commons' industry and technology committee on Wednesday expressed concerns about the impact of Rogers’ proposed $26 billion takeover of Shaw Communications on jobs, competition, and affordability in Canada's telecommunications sector (via The Globe and Mail). During another hearing on the long-embattled merger just a week before its January 31 deadline,...
Nehal Malik
18 hours ago

SaskTel announced on Wednesday it has started rolling out its 5G wireless network to the Battlefords, offering faster download speeds. The Saskatchewan crown corporation says it recently debuted its 5G network in the Town of Battleford, but expects all of Battleford and North Battleford to have full access by the summer of this year. “Our […]
Gary Ng
20 hours ago