Videotron confirmed to HuffPost Quebec it is indeed behind Fizz, which will offer wireless service to those in Quebec and the Ottawa region. There is no mention of Videotron on the Fizz website. 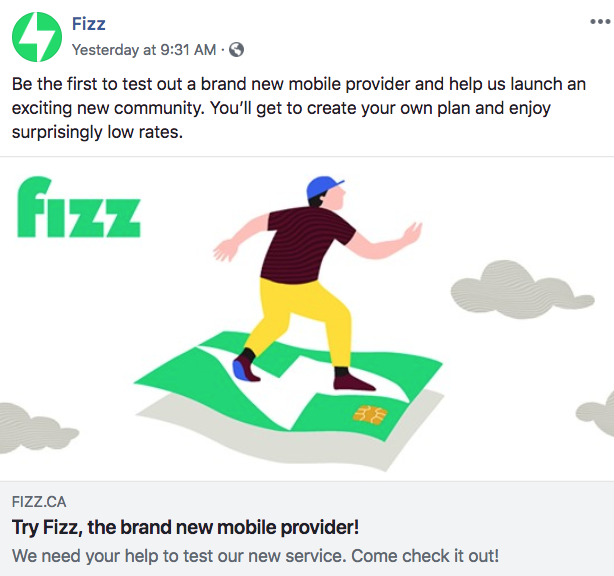 Fizz will operate on an LTE network, offering download speeds of up to 150 Mbps, with customer service through online chat. No dates have been provided regarding the launch of Fizz, but it is expected to be during this year.

Beta testers of Fizz are being asked (Google Docs ftw) to try out the wireless provider for three months. In exchange, beta testers will get discounted rates of $1-8, but after the launch, beta testers, should they remain, will be charged at regular wireless rates.

Requirements to try out Fizz include a mobile phone, credit card and a wireless number to transfer over (or create a new line). Those porting over to Fizz, however, will be severing ties with their existing provider and need to pay out any remaining hardware balances.

Videotron spokesperson Alexandra Graveline told The Wire Report, “Fizz is a new, entirely different mobile player that offers members a 100 per cent digital experience,” and “It’s good news and we’ll have much more to say about it later this year when Fizz launches officially.”

Fizz looks like it’ll be Videotron’s equivalent of Telus prepaid brand, Public Mobile. No locations, but with all customer service via self-serve and online, resulting in less overhead compared to physical stores and kiosks.