Details of the promo plan were sent to Freedom Mobile locations last night according to our sources, but we refrained from posting until we saw further confirmation, now seen over at MobileSyrup:

Starting today, customers of Telus, Koodo or Public can port over to an exclusive Smartphone 40 10GB plan, which has all the features of Freedom’s regular Smartphone 40 plan but includes 10GB of full speed LTE data rather than the usual 4GB. 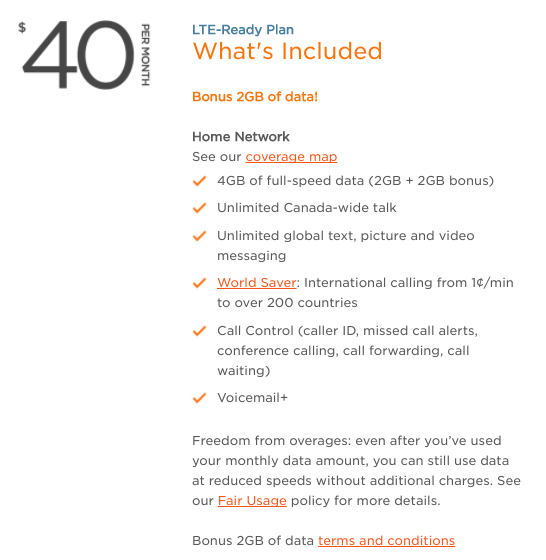 So basically, switchers will get Freedom Mobile’s Smartphone 40 plan, with 10GB of full speed LTE (instead of 4GB), which is a decent deal.

The promo starts today and users just need to port over their line to Freedom Mobile on a Smartphone 40 plan, which will get updated to 10GB within 7 days.

Let us know if you’re considering switching over to Freedom Mobile.