Those bringing their own phone to these networks can get a $45 per month plan with 2GB Of data, which includes unlimited Canada-wide calling. 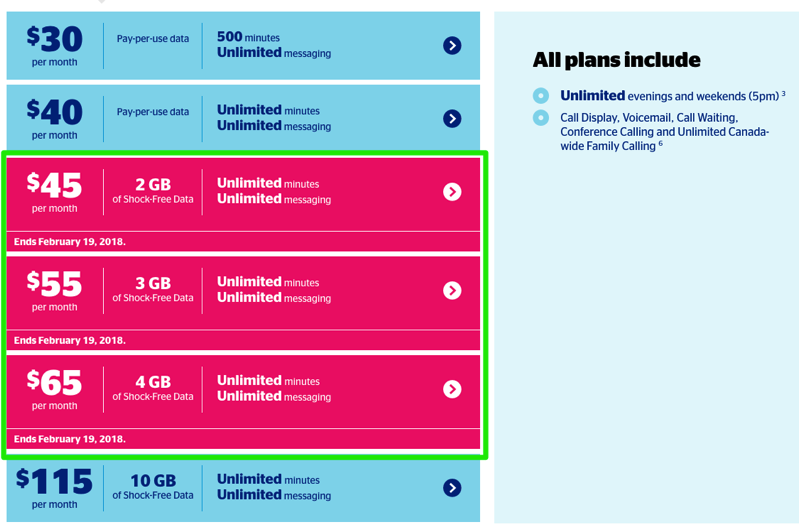 Virgin’s other BYOD plans only offer 1GB extra data, while Fido only has a $45/2GB promo, dubbed as a “Lunar New Year Offer”.

While these promos are not as enticing as the holiday $60/10GB plans offered by the ‘Big 3’, if you’re on an older plan paying the same price with less data, it may be worth calling in to make the switch. But beware of the new $7/100MB data overages though.

Let us know if you’ll be jumping on any of these promos.

OpenMedia is calling on Innovation, Science, and Industry (ISED) Minister François-Philippe Champagne to take immediate steps to halt the rapid decline of Internet competition in Canada, with the non-profit saying "Internet choice and affordability in Canada approaches breaking point." Even though the federal government announced a new telecommunications policy direction for the CRTC in May, competition...
Usman Qureshi
52 mins ago