Residents in the Manitoba community of Inwood—an hour’s drive northwest of Winnipeg—are upset with wireless providers about the lack of cellular service, reports CBC News.

The issue normally involves people heading into town along Highway 17, where they will see reception cut out. Resident Cheryl Stark exclaimed “I always say, we live in the Bermuda Triangle of cell service.” Stark says she’s using an older CDMA flip phone and can’t get a signal, even with a signal booster.

Stark claims she has to drive 10 minutes outside of town to get cell service, or a use a $500 cell booster. She says other residents rely on traditional landlines, but mentioned the latter can be unreliable too, given a recent lightning strike caused an outage which she says lasted three weeks.

“I just wish that they would get out here, check it out and see how much your phone works for you,” said Stark. 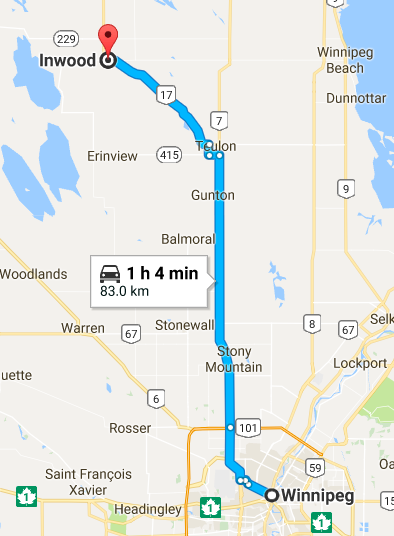 Another resident, Cliff Nelson, similarly used an older CDMA cellphone but lost his service when Telus upgraded their network. Even with a new smartphone, he says “it’s not really smart the way it is because there’s no service here.”

Nelson subsequently launched a petition to improve cell coverage in the community, which has garnered hundreds of signatures. He plans to send copies to Bell, MTS, Telus and Rogers, along with local MP and MLAs.

Telus told CBC News they stopped selling CDMA-enabled devices in 2009 and last February told customers it was phasing out their legacy network, while informing customers of discounts to switch to 4G-enabled cellphones.

The company said “There may be some cases where customers see a slight change in their network coverage depending on their location,” adding, “For example, the CDMA site they were receiving coverage from may have been closer to them in proximity than the 4G site, and topography always plays a role in coverage reach, particularly in valleys.”

Rogers Wireless responded to the CBC to say Inwood residents have a cell tower near Teulon, Man. that supports LTE, 3G and 2G.

John Lawford, executive director of the Public Interest Advocacy Centre in Ottawa, says residents should file complaints to the CRTC, and noted a $750 million broadband Internet fund being setup by the regulator, could benefit Inwood in the future.

This isn’t the first time residents have launched petitions against cellular coverage. People in Winnipegosis launched a petition after being notified by Bell MTS legacy CDMA networks would be discontinued, even with low service from newer 4G and LTE networks.