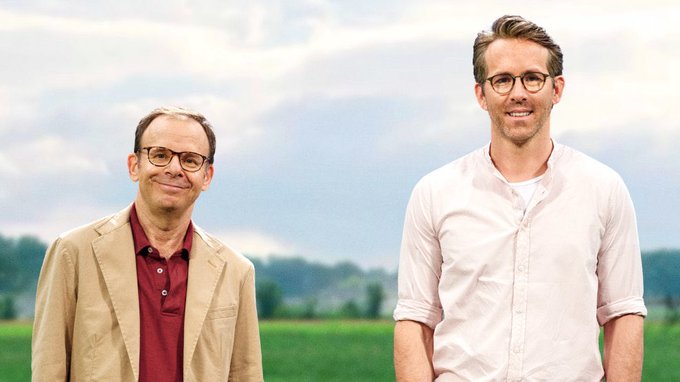 When Reynolds acquired Mint Mobile, many pondered whether we’d see Mint Mobile operate up north in Canada. But that may be a tough task considering how our wireless landscape is dominated by Rogers, Telus and Bell.

Today @Mintmobile is launching unlimited for just $30 AND bringing back Rick Moranis. Suck it, 2020. pic.twitter.com/N1sl7mYchF

Today, Mint Mobile launched a new ad promoting its $30 USD per month plan with unlimited data, talk and text. Reynolds was able to bring back legendary Canadian actor Rick Moranis out of retirement, the latter’s first on-screen debut in a very long time. The ad was trending on Twitter in Canada, boosted by the inclusion of Moranis. 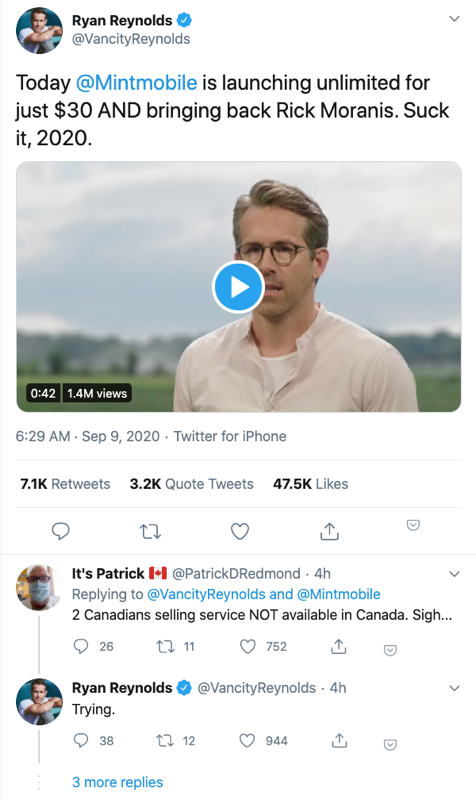 A Twitter reply by @PatrickDRedmond to the Reynolds ad said, “2 Canadians selling service NOT available in Canada. Sigh…” Reynolds replied with “Trying.”

In response to Reynolds’ “Trying” response, numerous Canadians pleaded with the Canadian actor to bring his discount wireless service to Canada, so they could save money and ditch their incumbent service providers.

The federal government says it plans to lower cellphone bills by 25% and if ‘Big 3’ wireless carriers do not comply, measures such as mandating MVNOs in Canada may be an option.

Canadian wireless carriers such as Telus believe it’s a myth Canadians pay some of the highest wireless prices in the world.