Wireless entrant Mobilicity today has announced it has partnered with Virginia-based Reverb to integrate the latter’s Self-Optimizing Network (SON) to install nationwide at sites in Toronto, Ottawa, Calgary, Edmonton and Vancouver.

“We are delighted that Mobilicity has chosen to install Reverb’s Self-Optimizing Network system in the five major population centers of Canada,” said Zoran Kehler, Reverb Networks CEO. “Reverb has worked closely with Mobilicity to understand their specific needs and requirements over many months, including long-term live network tests, and this agreement is the result of a strong technical performance.”

Reverb’s SON will bring an automatic software-based solution to Mobilicity’s network to ensure network performance, which can re-configure a network and predict demand, which means less impact on customers. A fully automated SON will reduce daily costs of running a network for Mobilicity plus allow more control; the wireless entrant was recently granted another stay extension from creditors until December 1 (via MobileSyrup).

Reverb’s InteliSON tech is described as the following:

InteliSON’s approach to implementing changes to the network is similar to the way RF optimization engineers implement changes. Specifically, the solution determines the needed changes and incrementally implements them. The solution continously monitors network performance to validate the changes.

Whether it is a slow response to network problems, lengthy planning or optimization cycles, or simply the desire to have SON benefits today, InteliSON can automatically improve network performance and simplify operators’ existing operating procedures. 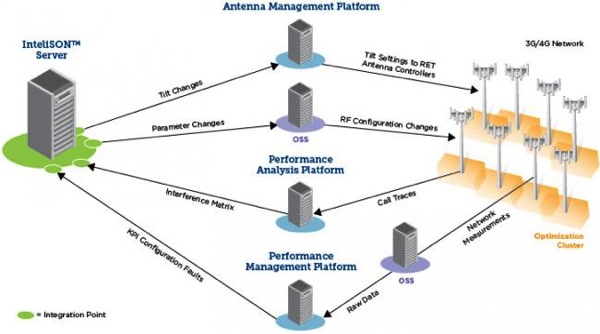 Mobilicity currently has 156,000 active subscribers according to its latest court filing. How much Mobilicity can save from integrating this SON network remains to be seen.

The Canadian government on Wednesday announced the results of a residual spectrum auction that concluded on January 17. Residual spectrum auctions are a way for Innovation, Science and Economic Development Canada to sell licences that weren't sold in previous auctions or were returned. Ottawa held an auction for the 3,800 MHz bands in June 2022,...
Nehal Malik
19 hours ago

MPs on the House of Commons' industry and technology committee on Wednesday expressed concerns about the impact of Rogers’ proposed $26 billion takeover of Shaw Communications on jobs, competition, and affordability in Canada's telecommunications sector (via The Globe and Mail). During another hearing on the long-embattled merger just a week before its January 31 deadline,...
Nehal Malik
22 hours ago

SaskTel announced on Wednesday it has started rolling out its 5G wireless network to the Battlefords, offering faster download speeds. The Saskatchewan crown corporation says it recently debuted its 5G network in the Town of Battleford, but expects all of Battleford and North Battleford to have full access by the summer of this year. “Our […]
Gary Ng
23 hours ago