Regional carrier MTS in Manitoba has launched a brand refresh today, adding a new tagline “We’re with you.”
President and CEO Jay Forbes said “In the last twelve months we’ve taken a number of steps to get back to being a customer-focused company that is the first choice for Manitobans.”
Forbes explained the MTS wireless network has recently expanded to over 30 communities in the province, with this new rebrand “the next step” in making the company more company-focused.
The brand changes have also trickled down to subsidiaries AAA Security and Epic, as both logos now also note the MTS tagline. 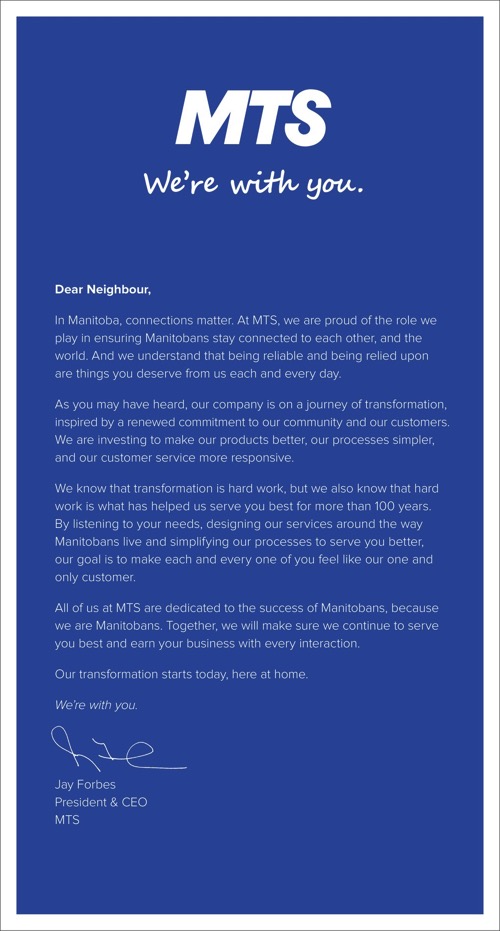 The company also published a letter in the Winnipeg Free Press today, with Forbes explaining today’s rebrand, saying “we know that transformation is hard work, but we also know that hard work is what has helped serve you best for more than 100 years,” finishing the letter with “We’re with you.”

Private-owned (updated) MTS offers regional competition to wireless incumbents Rogers, TELUS and Bell, keeping prices lower in the province compared to the rest of Canada (excluding Saskatchewan and Quebec with their regional rivals SaskTel and Videotron).