Canadian non-profit organization OpenMedia has launched new report based on consumer feedback that aims to fix and repair the mobile phone and internet market in Canada. Their crowdsourced study of website visitors revealed Canadians are often forced to deal with poor and disrespectful service from wireless carriers. The reason for this is due to the lack of choice in Canada, as the report notes Rogers, TELUS and Bell own 94% of the market. 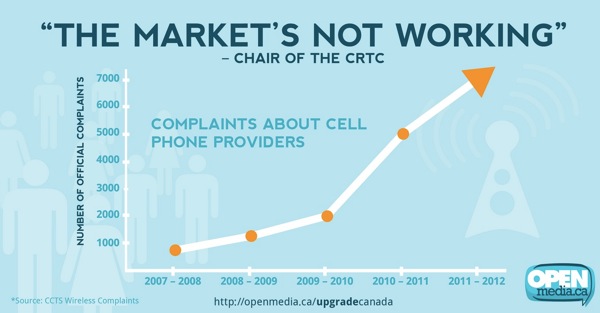 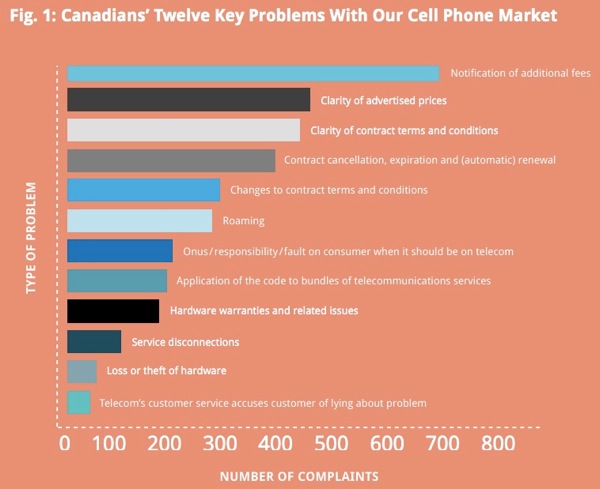 Data within the report was gathered from October 17, 2012 to February 15, 2013 from 2,859 Canadians as they submitted their “cell phone horror stories” on OpenMedia.ca. Respondents overall expressed frustration and felt Canada was behind other industrialized nations in terms of price and quality. One respondent even submitted a 14 page long story. Here are some examples of ‘horror stories’ submitted that you might be able to empathize with:

“In 2002 I had my legs crushed in a horrible accident. I could not work and was surviving on government funding temporarily. There was 8 months left to a three year plan on my TELUS cell phone. I phone the company, hoping to use the exceptional emergency clause, in order to be released from the remainder of the contract, I told the person I spoke with that medical and police records could be provided. They told me I did not qualify for the exceptional emergency clause. I asked how I would qualify and was told ‘you would have needed to die.’ – Batch 2, p.509

“My contract was expired with Rogers and after 3 years of terrible service I decided to switch to Bell. I followed the rules and made the switch properly, yet still received a $400 bill from Rogers that I had not completed my contract and needed to buy out the contract.” Batch 2, p.357

“[They] renewed my contract for an additional 3 years without my knowledge or consent. I called repeatedly, spending hours on the phone and eventually almost 1.5 years fighting with them that the contract was renewed not of my consent. Each call is said to be recorded so I had asked them to review the call. They refused without explanation and stated that contracts could not be reversed. One “customer service” person went as far to say that I was a liar and that their computer records don’t lie.” -Batch 3, p.441

The operator at Bell was unbelievable. My mom explained that her husband had just died and that she need to cancel his cell phone, but she would be keeping her phone. The operator didn’t even have the courtesy to express her condolences and then proceeded to tell her that there would be a $200 + early cancellation fee.” -Batch 2, p.185

Canada is also known to have some of the highest roaming fees in the world out of OECD nations, as summarized in the chart below: 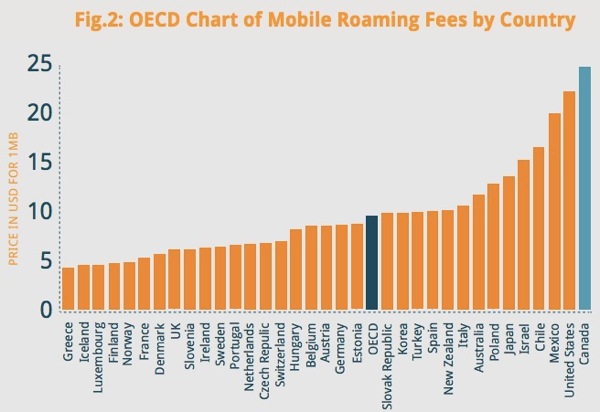 Just yesterday, the Minister of Industry promised to increase wireless competition in Canada to bring consumers better prices. OpenMedia’s report comes at a time when Ottawa and the CRTC are talking tough about making changes to the Canadian wireless industry. You can check out the rest of the PDF report here.