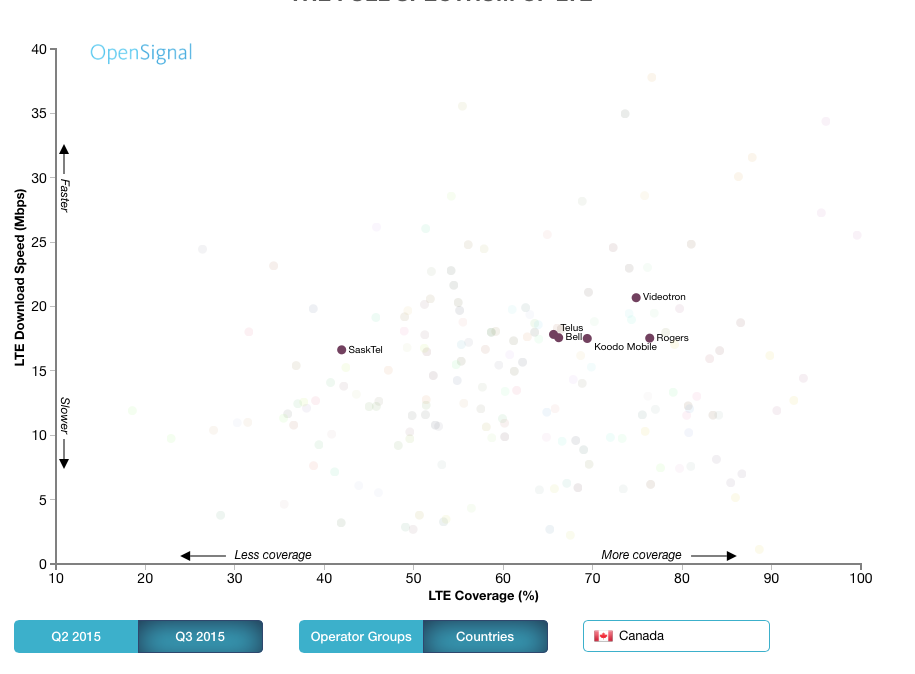 After collecting data through its app from 325,221 LTE users in 124 countries, OpenSignal has published a report that analyzes the state of the LTE age. As it turns out, Canada’s wireless network with the fastest average speed belongs to Videotron at 21 Mbps. That compares to the maximum of 18 Mbps for its national rivals.

While you may be satisfied with the download speed provided by your carrier, it is worth taking a look at how Canadian LTE download speeds rank compared to the rest of the world, as revealed by OpenSignal’s data.

As it turns out, New Zealand takes the top spot with an average of 36 Mbps, followed by Singapore at 33 Mbps and Romania at 30 Mbps. Canada ranks only 12th on the list, just below Finland, with its 17 Mbps average LTE download speed. 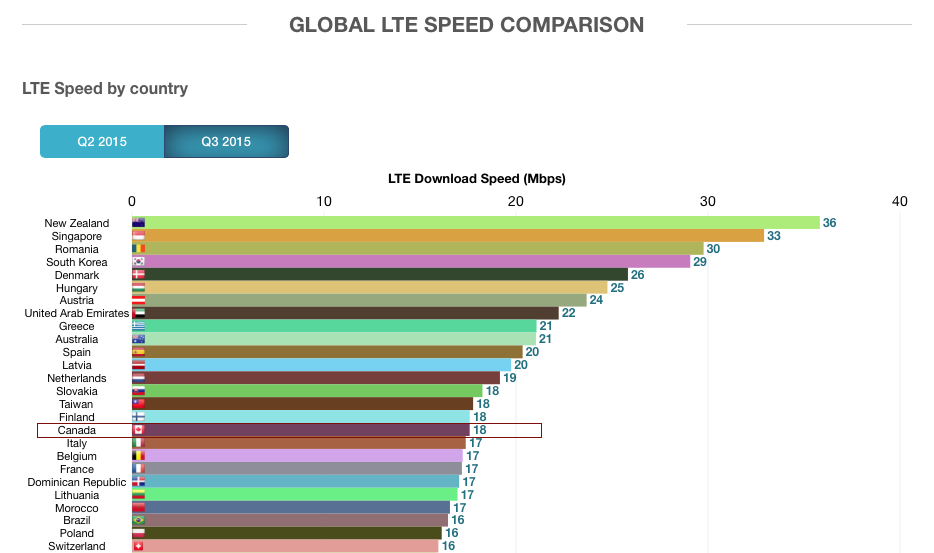 After crunching through all the data it collected during the third quarter of 2015, OpenSignal concluded that South Korea’s operators performed the best overall, all offering average download speeds of over 25 Mbps and near-ubiquitous 4G coverage.

The evidentiary portion of the Competition Bureau's federal Competition Tribunal hearing against Rogers and Shaw over their proposed $26 billion merger came to a close on Thursday, following 18 days of testimony, parades of witnesses, and strenuous cross-examination (via The Globe and Mail). Oral arguments from the two sides are scheduled for December 13 and...
Nehal Malik
16 hours ago