Back in late August, TELUS-owned Public Mobile quietly exited the closed beta stage of its new prepaid smartphone plans and made itself available to the general public.

What makes Public Mobile interesting is the SIM-only carrier is setup so users can purchase and manage everything online, without the need to visit a retail kiosk or talk to customer service. This summer the company added new 10 and 90 day plan options, which made it possible for to get a 2GB unlimited nationwide talk plan for $57.49 per month, contract-free.

Public Mobile does not sell smartphones, and in an effort to outsource factory refreshed devices for its customers, they teamed up with Toronto-based startup Orchard, to offer a selection of devices strictly for the TELUS subsidiary. 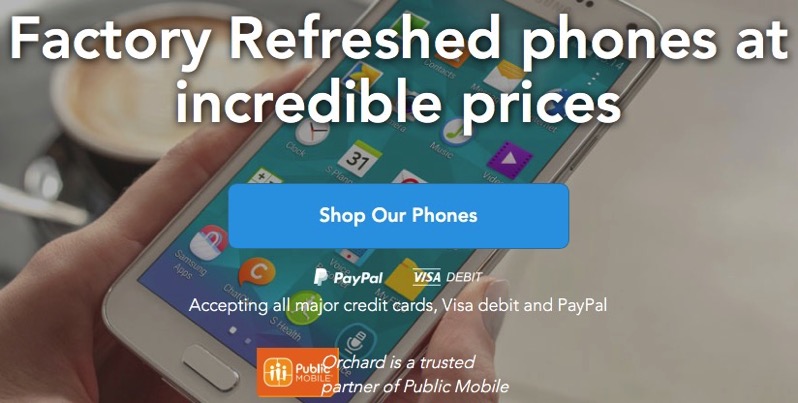 In a statement to iPhone in Canada, Alex Sebastian, co-founder of Orchard, explained “our offer to Public customers will include a wider selection of phones, including the latest Apple, Samsung and HTC models, at the highest condition tier available for pre-owned devices: Factory Refreshed.” He also detailed how “each phone is guaranteed to work with Public Mobile and will even ship with the APN settings customized for Public’s network.”

All phones sold by Orchard come with a 30 day warranty, free shipping and ready to work with the TELUS network on Public Mobile.

Rogers's President of Integration, Dean Prevost, accidentally revealed during a Competition Tribunal hearing against Canada's Competition Bureau on Thursday that he is set to receive a $2 million bonus if the company's proposed $26 billion acquisition of Shaw Communications goes through — reports the Hanna Herald. This figure had previously been confidential but slipped out...
Nehal Malik
18 hours ago

Shaw Communications CEO Bradley Shaw told the Competition Tribunal on Wednesday that it was "extremely difficult" for the Shaw family to give up the business and agree to Rogers's proposed $26 billion takeover of the company (via Financial Post). Canada's fourth-largest telecom operator has been a family affair since its inception. Bradley Shaw took over as...
Nehal Malik
21 hours ago