Public Mobile recently debuted a marketing campaign where the company wants customers to trade-in anything “useless”, for a free SIM card, as part of their SIM Swap program. These items received by Public Mobile will then be used in their ads. 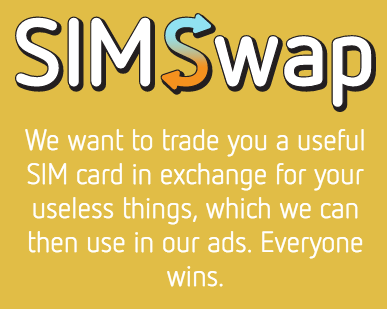 There are two ways to participate:

Public Mobile even has posted ads on Kijij and Craigslist, advertising “WANTED—SOMETHING USELESS”, in exchange for a free SIM card. 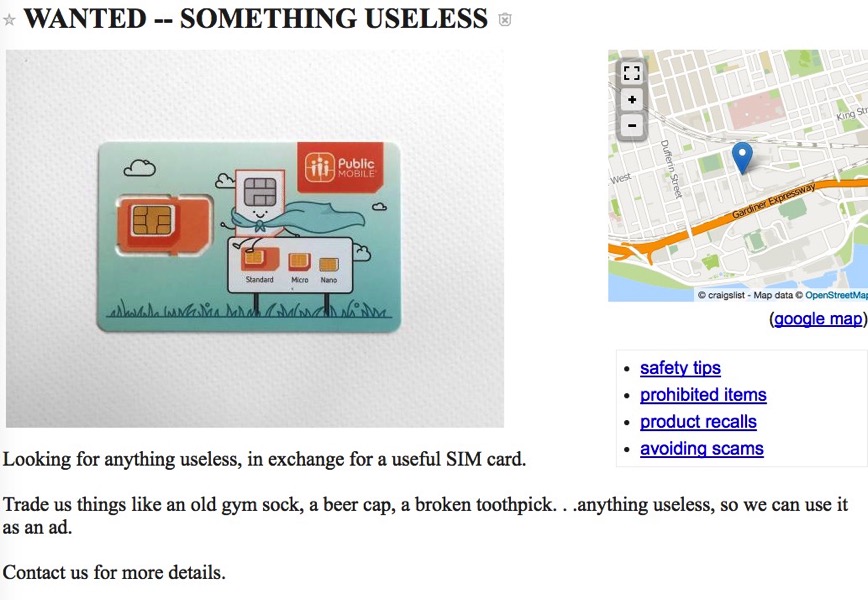 Let us know if you’re going to meet up and exchange your junk for a free SIM card (I wonder what disgusting things employees have had to accept).

Rogers's President of Integration, Dean Prevost, accidentally revealed during a Competition Tribunal hearing against Canada's Competition Bureau on Thursday that he is set to receive a $2 million bonus if the company's proposed $26 billion acquisition of Shaw Communications goes through — reports the Hanna Herald. This figure had previously been confidential but slipped out...
Nehal Malik
14 hours ago

Shaw Communications CEO Bradley Shaw told the Competition Tribunal on Wednesday that it was "extremely difficult" for the Shaw family to give up the business and agree to Rogers's proposed $26 billion takeover of the company (via Financial Post). Canada's fourth-largest telecom operator has been a family affair since its inception. Bradley Shaw took over as...
Nehal Malik
18 hours ago