Last week during the Rogers Q3 conference call, CEO Guy Laurence called Bell a “crybaby” and a sore loser for filing a CRTC complaint against the company over NHL GameCentre and some of its exclusive content. 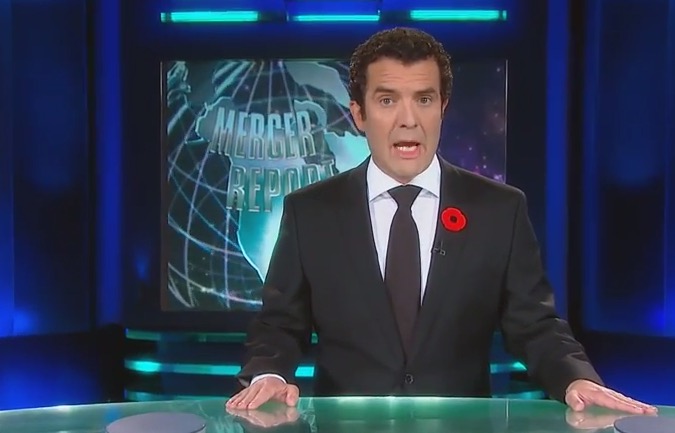 Some analysts were quick to share why they believed the comment was made, possibly to distract from unimpressive earnings which saw Q3 profit slide 28% compared to a year ago and continue to lose marketshare to rivals Bell and Telus.

An anonymous Rogers insider told the Financial Post “After seeing the numbers, I think he may be in trouble but for now, it seems people are willing to cross their fingers in the hope he’ll wave his magic wand and it will all work out,” and “All this talk is distracting everyone from the real problem that the numbers he’s putting up are very weak.”

Now, the Rick Mercer Report has provided a quick play-by-play of how it all went down:

Thanks for clarifying, Rick!

Rogers, Telus and Bell announced this week they will be waiving all long distance calls and texts made from Canada to Iran. The temporary waiving of charges depends on carrier, postpaid and prepaid accounts, with different end dates. “To help Canadians stay connected to loved ones, Rogers is temporarily waiving long-distance calls and SMS messages […]
Gary Ng
37 mins ago