The CRTC released their Wireless Code on Monday, which aims to change the way Canadians will be able to use their cellphones. Three year contracts aim to be a thing of the past (two year terms are coming and they will be more expensive) and users will be safeguarded against ‘bill shock’ when roaming. One major issue of contention has been unlocking, which will now be available after 90 days (most carriers already had this in place prior to the code). 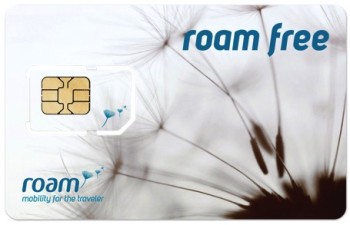 As more Canadians free their devices from being locked down to a specific carrier, this brings mobility at home and abroad. One area where carriers can improve is pricing when it comes to roaming. The prices to roam on your local carrier are still seen as expensive compared to other options such as those from Vancouver-based Roam Mobility.

We spoke with systems and marketing director Christian Paul to hear Roam Mobility’s take on the new wireless code. Paul said “the CRTC announcement is that it is a step in the right direction for Canadian wireless users,” and went on to add “Canadians pay some of the highest rates in the world for wireless service, including roaming fees,” but sees the CRTC working hard to bring on a fourth carrier in Canada.

Despite the CRTC mandating roaming caps to be set at $100, Paul says this doesn’t change the high roaming rates carriers are charging their customers. He provided us with an example, citing Rogers and their 50MB plan for $7.99/day and their own daily Talk+Text+Data plan for $3.95. By opting to go with Roam, customers get unlimited talk and 100MB of extra data for an extra $1, working out to $0.01/MB versus $0.16/MB with Rogers.

Paul noted the company’s most popular product is the Roam SIM card, with the repluggable (standard/microSIM combo) SIM being the most popular, selling twice as many units as the iPhone 5 specific nano version. No big surprise here.

For Canadians roaming in the USA, there are more options today then there were before. If your iPhone is unlocked you can plug in a SIM card from any supported carrier, or setup your service back home with Roam Mobility before you depart.

What has been your solution when it comes to voice and data service in the USA?