Rogers, Telus and Bell have launched new promos in Quebec, essentially bringing extra data to BYOP (bring your own phone) plans, available for $62 for 7GB and $85 for 12GB of data. 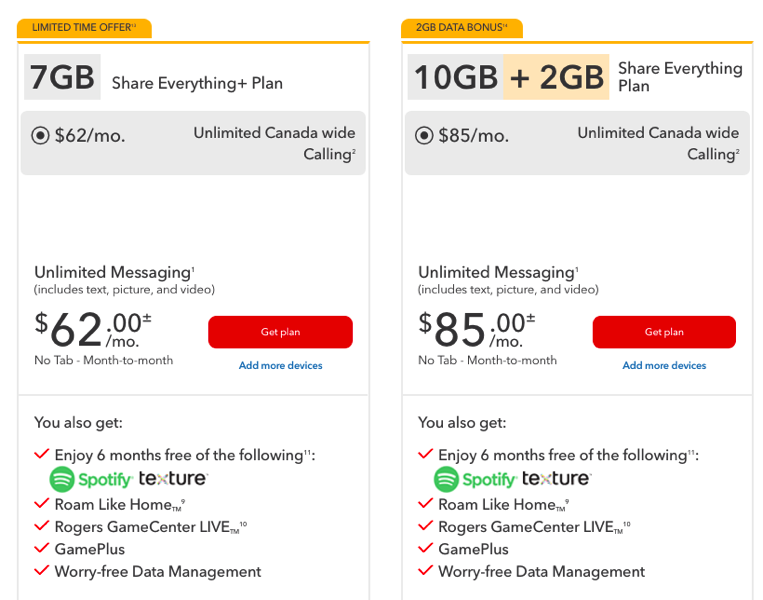 Those outside of Quebec are paying much more for similar plans. In Ontario, an equivalent Rogers 7GB Share Everything plan costs $95 per month, while the 12GB plan costs $130 per month, differences of $33 and $45 respectively.

Quebec-based carrier Videotron is putting pressure on Big 3 players such as Rogers, as the former has similar ‘promo’ plans priced right now at $57.95 for 7GB with nationwide calling, plus a 9GB plan for $73.95 per month.

According to RFD, the Rogers and Bell promo plans have been around since August 2016 but have now returned, probably timed for back to school. These Rogers plans are eligible for a 30% off corporate rebate (one line; most expensive line), plus Desjardins customers get a 10% rebate. You can check your eligibility here.

Let us know if you’re going to jump on these Big 3 promo plans in Quebec.

The evidentiary portion of the Competition Bureau's federal Competition Tribunal hearing against Rogers and Shaw over their proposed $26 billion merger came to a close on Thursday, following 18 days of testimony, parades of witnesses, and strenuous cross-examination (via The Globe and Mail). Oral arguments from the two sides are scheduled for December 13 and...
Nehal Malik
19 hours ago