Early Boxing Week offers are here for Apple’s iPhone XR from both Bell and Rogers.

Bell is offering a 64GB iPhone XR for $0 upfront with a starting $115/10GB Premium Smartphone Plus Ultra plan on two-year contract. This plan includes unlimited Canada-wide calling and unlimited texting.

There is a $35 one-time connection fee and the Bell offer is available in-store only.

Rogers is offering a similar deal, but it has one-upped Bell, offering the 128GB iPhone XR for $0 upfront (instead of 64GB), for those activating or upgrading with a 2GB Share Everything Ultra tab plan plus 8GB bonus on two-year contract, which also comes with unlimited Canada-wide calling.

Rogers is also charging a $35 one-time connection fee, while the offer is available online or in-store. 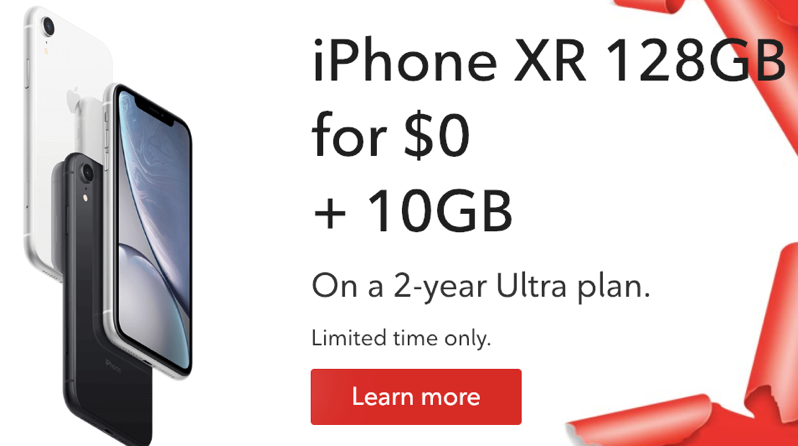 As of writing, Telus has not matched this iPhone XR promo, but we expect them to follow suit shortly.