As the iPhone 5 went on sale across Canada yesterday, the ‘Big 3? carriers have decided to slash down the price of 16GB iPhone 4S to as low as $79, which was previously valued at $99. 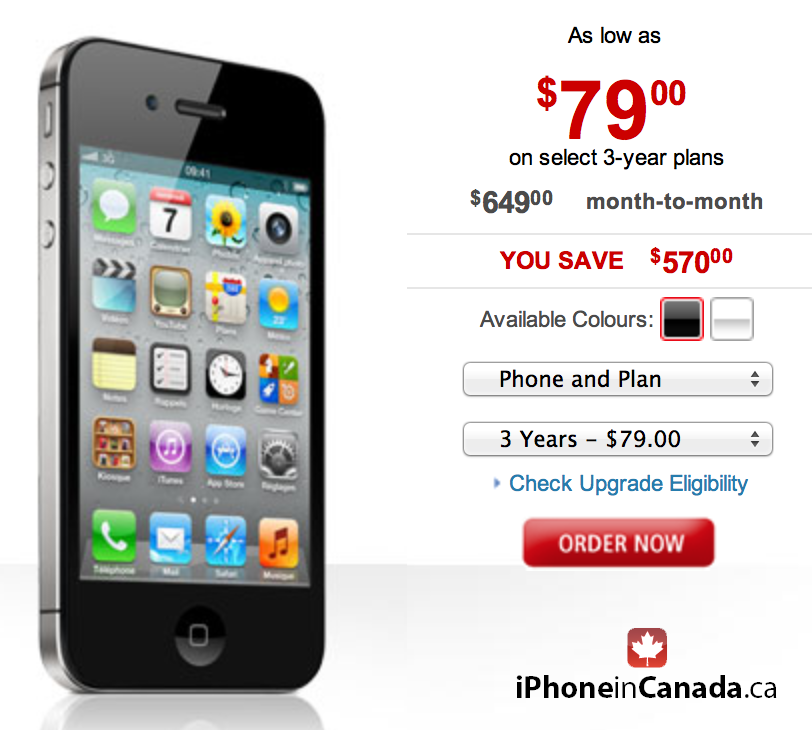 As of today, Rogers, Bell and Telus have all reduced the lowest price offered on a 3-year 16 iPhone 4S contract to $79. Existing customers of these carriers can login to their accounts and check for eligibility. Of course, that $79 price also requires a three year term.

Let us know if you plan on taking advantage of this offer, rather than getting a contract iPhone 5.