Rogers has claimed a Canadian first by launching its City Video app on the Apple TV 4, the company has announced today. 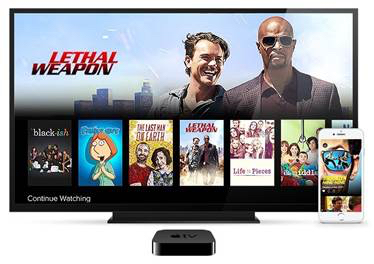 With the City Video app available today from the Apple TV App Store, Canadians can watch their favourite City prime-time shows on demand in HD, mark them as favourites for quick access and more.

As detailed in the press release, the app remembers where you left off and uses Apple iCloud technology to sync the user’s favourite shows and viewing progress across all their iOS devices, so you can start watching an episode on your iPhone and finish it in front of the TV’s big screen.

“We are committed to enhancing the experience and convenience of viewing City’s world-class content, which means reaching our viewers everywhere they’re watching,” said Colette Watson, Vice President of TV and Broadcast Operations, Rogers. “We’re already available across, mobile, tablet, and desktop devices so this move to Apple TV was the natural next step. The app is beautiful, intuitive, and incredibly easy to use so that our viewers can focus on what’s really important – catching up on all of their favourite shows.”