Rogers, SaskTel and TELUS Part of Canada’s Top 100 Employers for 2014

Mediacorp released its list of winners of Canada’s Top 100 Employers for 2014, which includes Canadian wireless carriers Rogers, SaskTel and TELUS. The annual list entering its 15 year released its 2014 results in this morning’s edition of The Globe and Mail.

There are eight criteria used in the selection process:

Rogers responded to the win by saying “Office perks, parental leave top-up payments and a defined benefit pension plan are just some of the reasons Rogers is a great place to work.” Mediacorp agreed and noted the Rogers’ physical workplace was rated as ‘exceptional’.

Rogers was also chosen as Greater Toronto’s Top Employers for 2013. The company has 28,949 employees in Canada with the longest serving employee having served 47 years to date. 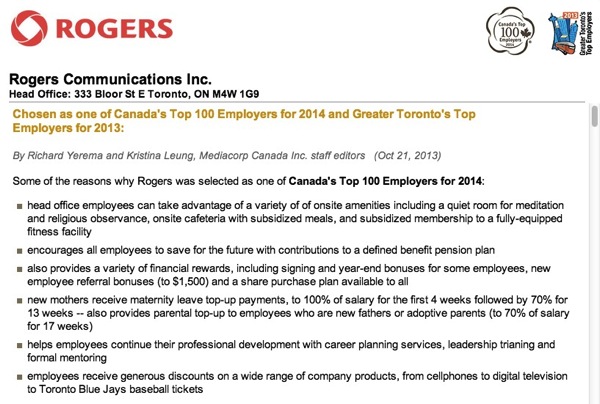 SaskTel was chosen as a top employer based on above-average ratings for its physical workplace, exceptional work atmosphere and communications along with employee engagement plus training and skills development.

SaskTel was also named Top Employers for Canadians Over 40 for 2013 and Saskatchewan’s Top Employers for 2013. SaskTel employees have gathered annually for the past 26 years for a friendly hockey tournament, with the Saskatoon NarWhalers being the current champs. 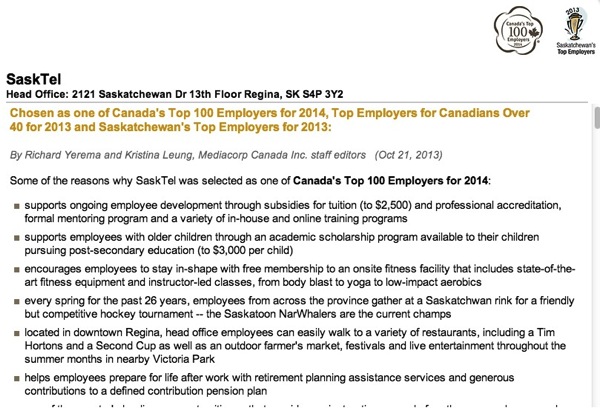 TELUS has 27,878 employees in Canada and was given ‘exceptional’ ratings for their physical workplace, training and skills development and community involvement. Some reasons why they were chosen included their flexible health benefits and a work from home “Work Styles” program to allow for flexible hours away from the office. TELUS is also part of  British Columbia’s Top Employers for 2013. 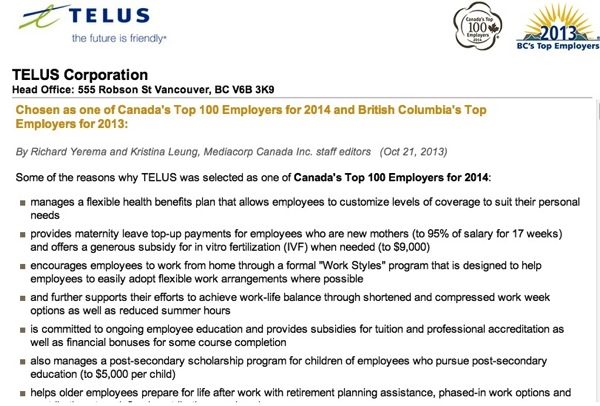 Rogers, Telus and Bell announced this week they will be waiving all long distance calls and texts made from Canada to Iran. The temporary waiving of charges depends on carrier, postpaid and prepaid accounts, with different end dates. “To help Canadians stay connected to loved ones, Rogers is temporarily waiving long-distance calls and SMS messages […]
Gary Ng
6 hours ago