Just like Fido, Rogers, TELUS, and Bell are also holding a sale on 32GB and 64GB iPhone 5 models for new activations and hardware upgrades on three year terms:

The iPhone 4S remains $0 on a three year contract as well. 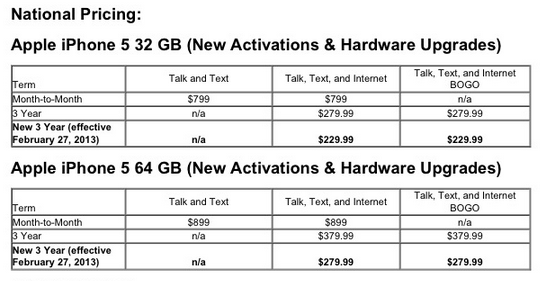 For Rogers, their sale will last from February 27th to March 4th, and will require a monthly service plan of $45 or more. The company also has waived activation and hardware upgrade admin fees until March 17th.

If you’re into three year term contracts, these are decent discounts on the iPhone 5.