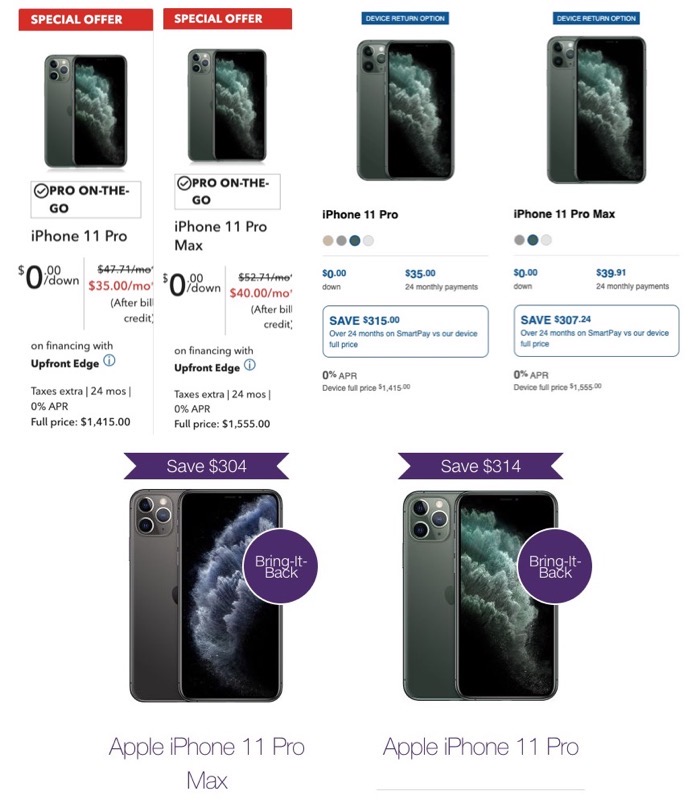 Ahead of this fall’s new iPhone line up, Rogers, Telus and Bell have discounted the latest iPhone 11 Pro and iPhone 11 Pro Max, for customers signing up on contract and subscribing to financing.

The savings are also applied to the Rogers Upfront Edge, Telus Bring-it-Back program and Bell Device Return Option, where you can to return the device after 24 months or pay back upfront savings, essentially a leasing plan from the carriers.

The minimum monthly plan required to get a plan on financing is at $75 per month. It’s no coincidence Rogers, Telus and Bell all have a sale right now pushing an $85/20GB unlimited data plan, which most likely would be an attractive pairing for these iPhone discounts. It’s unclear how much cellular data customers are using during the COVID-19 pandemic, with most people staying at home.

The price drops are also available at carrier sub-brands of the ‘Big 3’, as Fido, Virgin Mobile and Koodo have also discounted the iPhone 11 Pro and iPhone 11 Pro Max, on 24 month contracts with financing.